An Exhibition of Works by SÁNDOR BÍRÓ

Sándor Bíró is a real painter. He couldn’t imagine a different medium or a better occupation for himself other than painting, for he has an elemental attraction to painting as something that exists physically and as something that is a physical-intellectual creative process. (…) His working method is well suited to his landscapes, which — though they are at the same time strongly abstract and pantheistic — are strivings to capture scenes that are innate in nature but cannot be expressed in words, finding form more in moods. It is characteristic of his work that he does not use photographs, but rather paints using sketches made slowly on the spot, drawing on his impressions, memories and frame of mind. He often makes colour sketches in watercolour on paper in which he lays out in advance the colour and light accents of his paintings. (…) In Sándor Bíró’s landscapes, the temporary, impressionistic phenomena appear almost to vanish, and instead the general and the permanent come to the foreground. His landscape fragments represent attempts to grasp the Whole. Even if there is only a single sign indicating the endeavour for absence in the landscape of man’s presence: in the infinite fabric of the forest a clearing causing rupture, causing a wound. 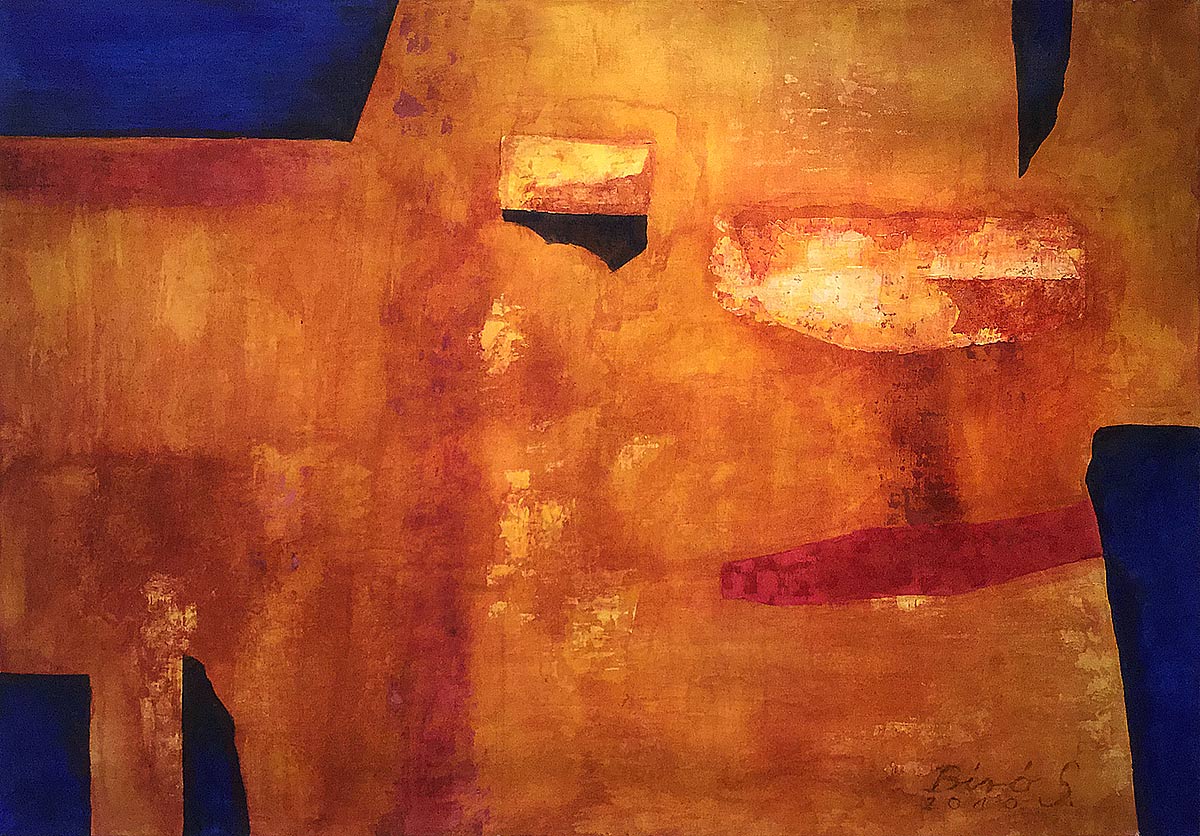