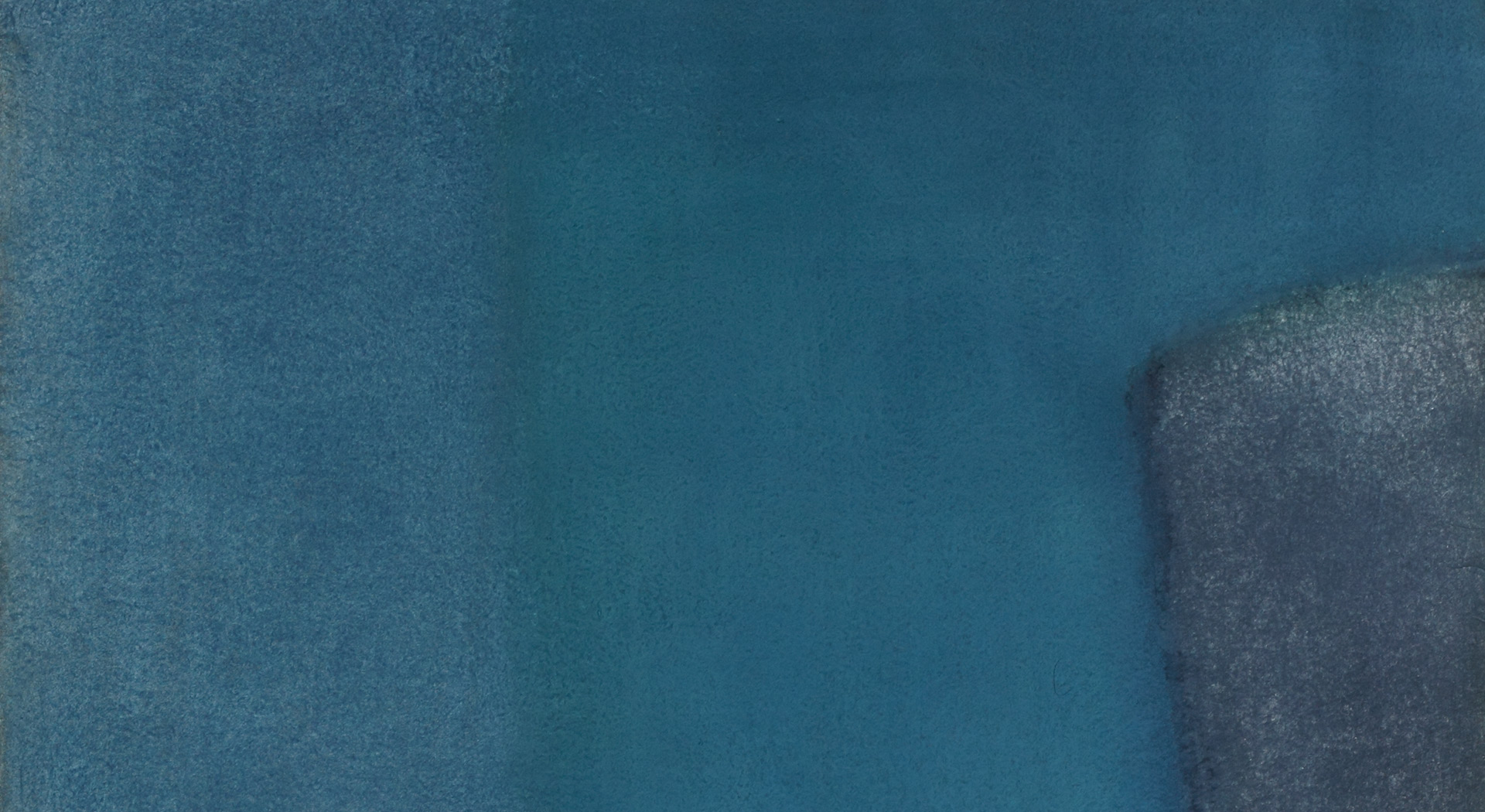 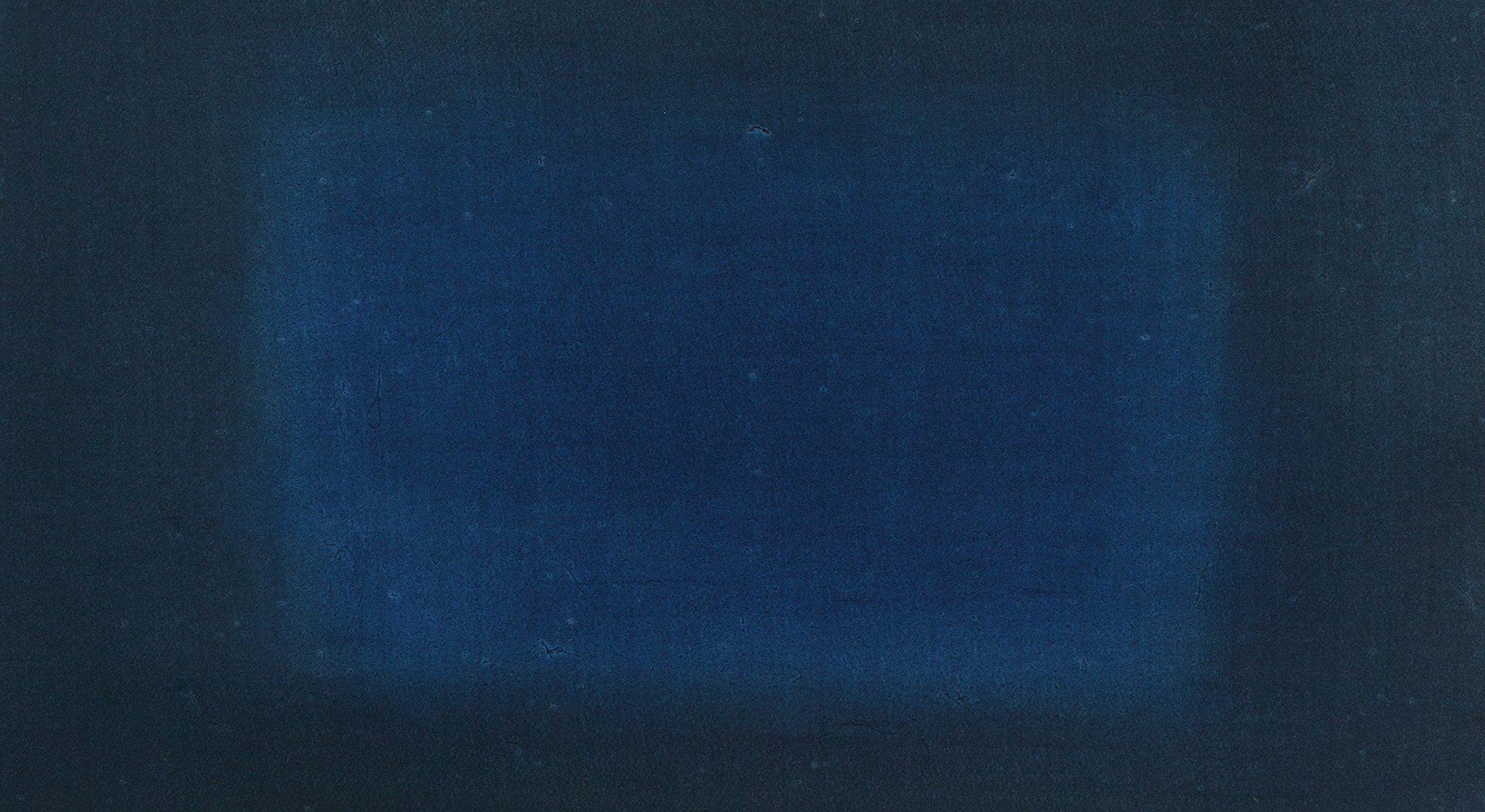 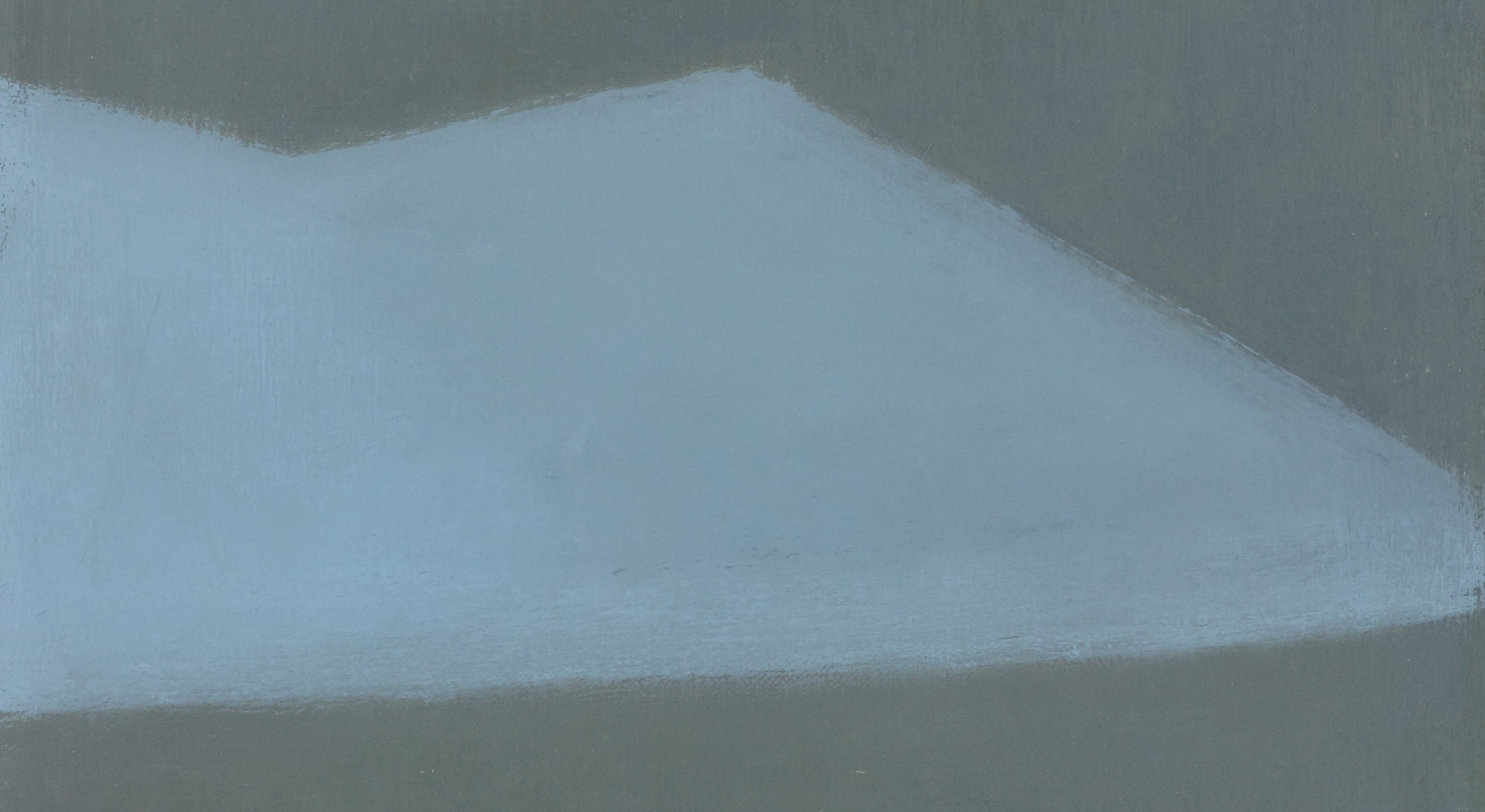 The thematic periods in the work of Éva Krajcsovics, which include for instance the studio interiors, the Sassetta variations, and the images of books and cloaks, are bound together into a whole by the dialectics of the explored and the unexplored. Krajcsovics paints, or rather creates not pictures or paintings, but atmospheres: the texture unfolds from the interplay between light and tones, the composition’s concordant yet diverging rhythms, the familiar motifs fuse and are sublimated into a mode of existence independent of space and time. “(…) for me, the world of her pictures is very near. The denseness and materiality of its colours, the mysterious nearness of its forms and the tranquil space in which all this coexists – this is not an easy form of art. Nevertheless, I find that there is an inner tension, a force behind these forms that guards them from excessive delicacy and the dangers of poesy.” (Sándor Hollán) 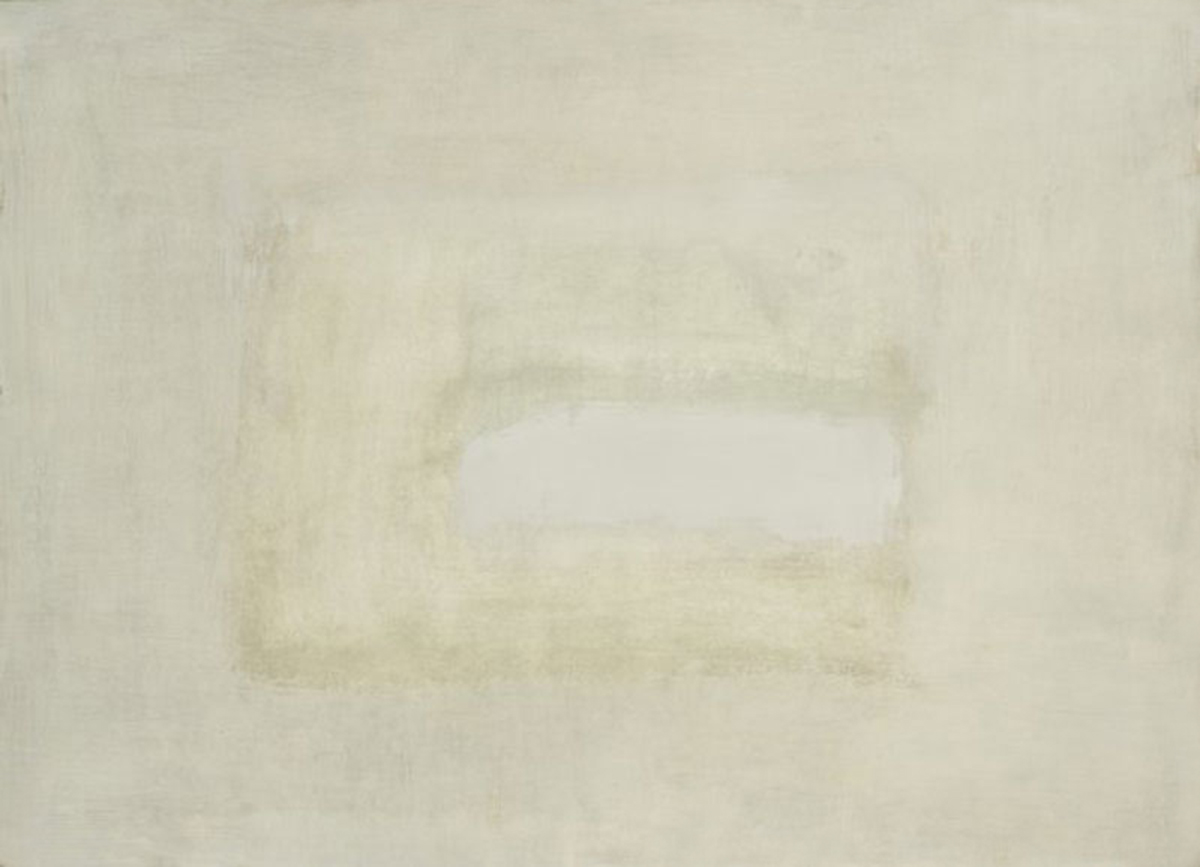 “..the work of art is the motion that takes us to the pure point of inspiration, to where it originates, a point which, it seems, can only be reached when it disappears.” (Maurice Blanchot)

The room, the walls, and therefore also the door and window that enclose me became the subjects of my paintings.
This was entirely natural for me and has remained natural. Yet, why the wall? I search for the experiences, the “pure points of inspiration”, nothing more.

The memory is an early one, a memory of holding my parents’ hands as I walked among houses with gardens.
I see a crimson-coloured house with flaking plaster and, screaming, I pull them downwards, backwards.
I am very scared. 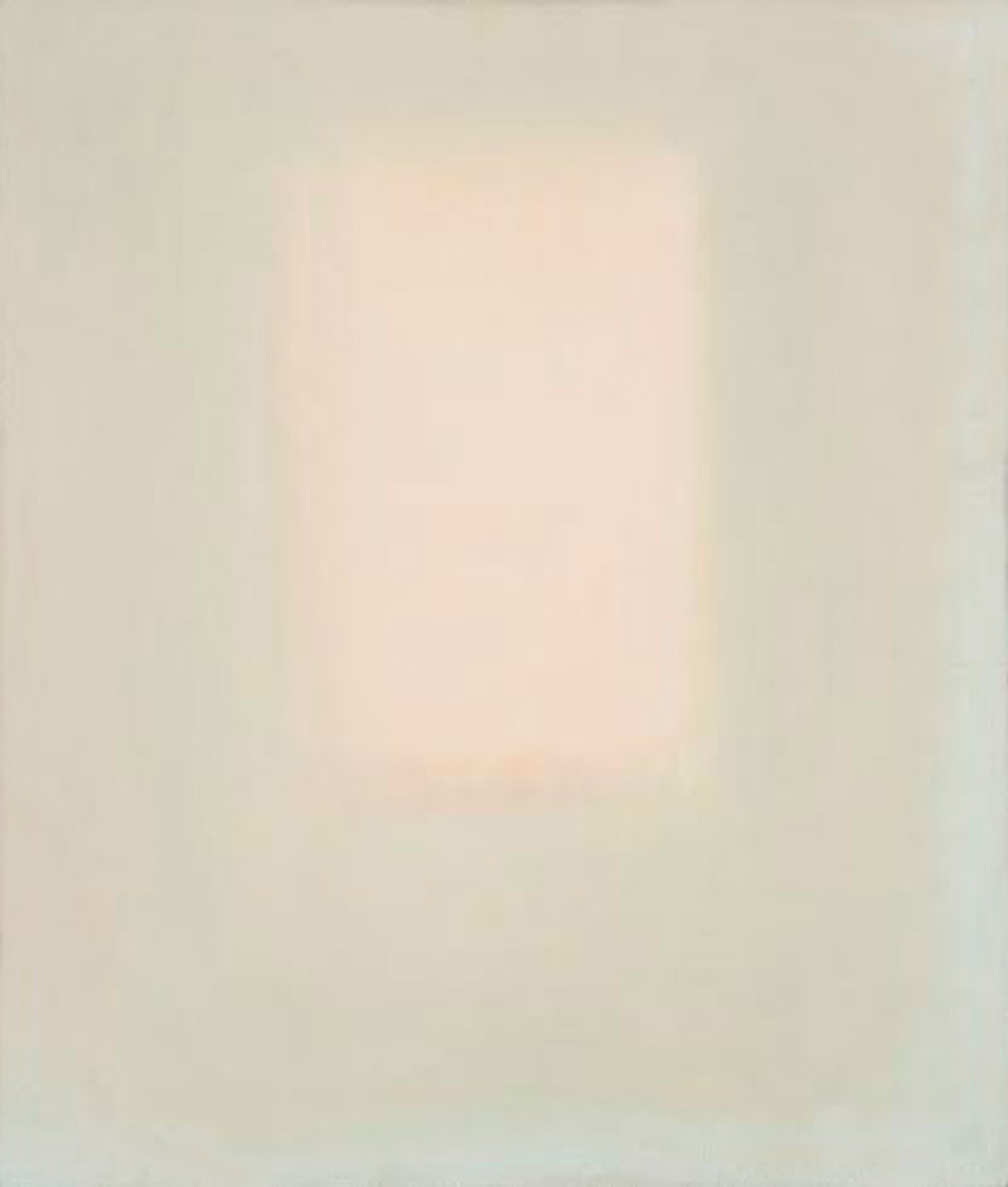 I am probably already a school girl, I sit beside my mother at the cinema. I remember only the title of the movie and the mysterious, opening images. Young women stand facing the wall, then, as if waking up, they slowly start to move. Do I remember well? With the help of the internet I know that it was the film entitled 11 Hours by Giuseppe De Santis.

I am painting my first oil painting, I am sitting outside by the apse of a chapel. The smell of the paints, the sun, the sun-drenched wall, the entire situation is unforgettable. I must paint, I must try everything to find that which I might touch, which I might approach.

I am ascending to the uppermost floor to hang out the laundry and I discover the concrete walls and corridors, once white, seen many times before. It lacks any kind of beauty, it is rough, empty and unclaimed. I stand and gaze, knowing that I have found something very important.

In my memory and in the last photograph the one-time studio appears almost black, although it was not. I have worked in it since 1991, I had to transform it to serve my needs, while preserving something of the presence of my teacher, György Kling. The walls had to be painted. Eggshell-like layers of paint, beautiful worn pastel colours, repairs, nails, slips of paper, dirt, a picture of time, of fallibility, of life, of passing. Now they are all hidden underneath the white.

Around this time I find in Venice a small photo album of the studio of Giorgio Morandi. I recognize my own painted walls in them. It is miraculous that after many years I am able to step into a studio that I know well from pictures. Into the Room in which one finds not even the slightest trace of comfort. A place of engrossed work and solitude. For the past forty-five years silence has existed in it alone, the walls invariably preserve the painter’s time, and the colour of time.

The walls of Rome, the Roman walls, the walls of catacombs cannot be compared with the walls of other places. What we find on them is transformed into an image by the discerning eye, the line originating from the depths of the soul, the verbose patch, the kindling colour, the figures of stone slabs, the messages of letters. These pictures can only be searched for and discovered, not recreated.

Inspiration summons the work which after its birth impels me again to be capable of finding the already discovered. Now, when I say, I paint a “wall”, there are the many traces of memory in me and I am determined to paint a strong, dense, yet traversable medium, a receptive colour.

The creation of the works on display was financially supported by the National Cultural Fund of Hungary.