An Exhibition of Works by KÁROLY SCHMAL

“The ‘paper works’ of Károly Schmal bear signs of elemental simplicity. This is true both of the materials and tools he uses and the results of his drawing and painting: the pictures.

Hardly any colour created with the use of charcoal, crayon or tempera paint is visible on the blue, white or brown surfaces. Basic forms are encased in quadratic cut-outs: triangles, diagonals, intersecting straight lines, broken lines and whirling curves that conjure apparent spaces. The summaries of the works’ titles, the painter’s intention – and the viewpoint to be assumed – emerge from a different section of reality: Plane and space, One and many, Detail, Divergence, Everything exists. Word and picture simultaneously counterpoint and interpret each other. Their force-field filled with tension traces out their author’s intellectual position: the direction of his research, the edges of his questions, the spheres of his struggles. The gesture of foregoing the possibilities inherent in colour and large canvases is evident, as is the questioning of origin, the inquiry into the components of the materials and the principles of their development, the aspiration to achieve transparency. The ‘art of abandonment,’ drawing offers from the outset potentials in this direction. Schmal’s pictures, however, emerge not from representational painting, their function is not to portray the surface forms, spatial relations, light and colour effects of object formations. Rather, they depict the primeval gestures of imagery: scores, strokes, engravings, blotches – the results of the formation of signs and attempts to establish contact and relationships with materials.” 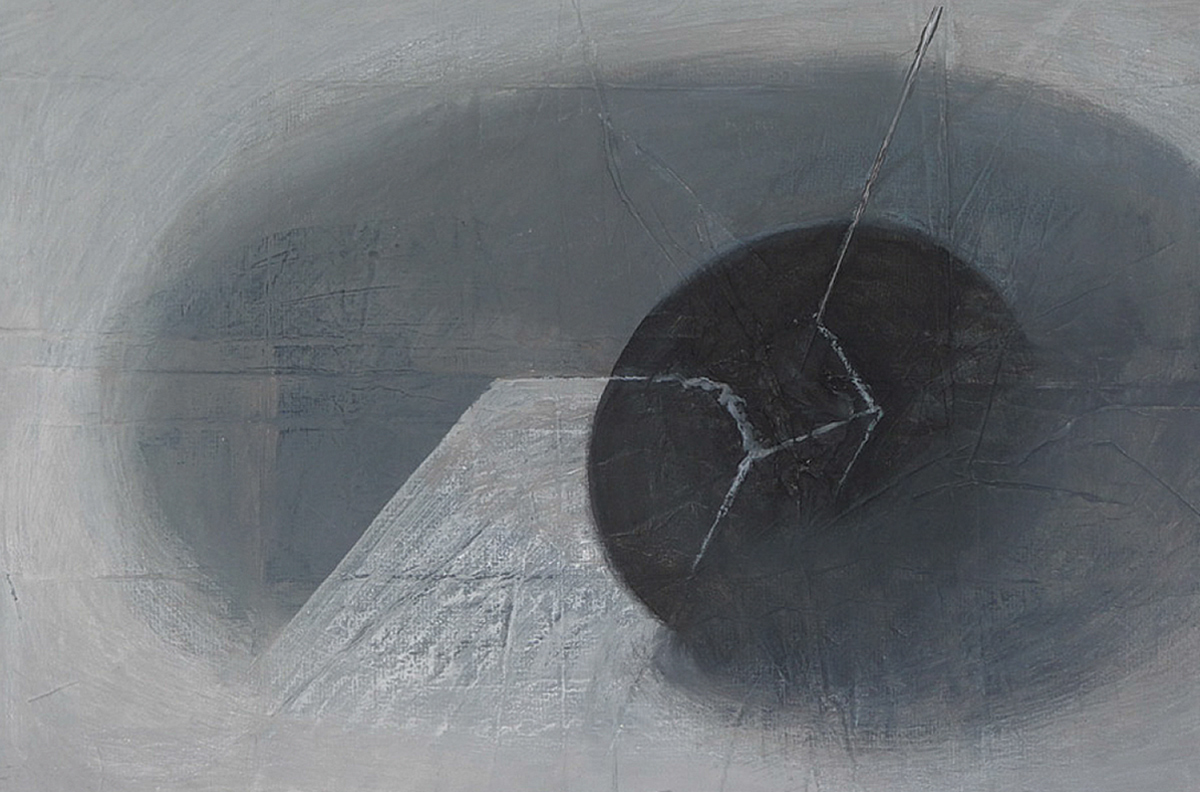 “As someone who has studied painting, he reduces his pictorial world to the essence of drawing in order that nothing perturb him in his concentration on the essence. He always remains in the empire of disegno, creating the wonderfully fine abstraction of his pictures with drawing, in his case painterly quality grows out of drawing; his brushstrokes are pencil marks that have thickened into bands. His pictorial world is completely free, disengaged and autonomous, while it is also strict and powerful, a kind of order makes itself felt through the disorder. Schmal attains this duality with highly delicate graphic spatial play and by transforming the support into the picture itself: he crumples the paper or bends the metal as painters do with the imaginary picture plane, the creases step into the space of the picture, and the picture, the drawing continues the play of the spatial effects caused by the crumpling. What is surprising is that this method led him to the postulation of absolute relativeness, to the idea that nothing matters, yet this does not occur, on the contrary, the picture assembles into a unit, things are straightened out while revealing their inner complexity and contradictions.” 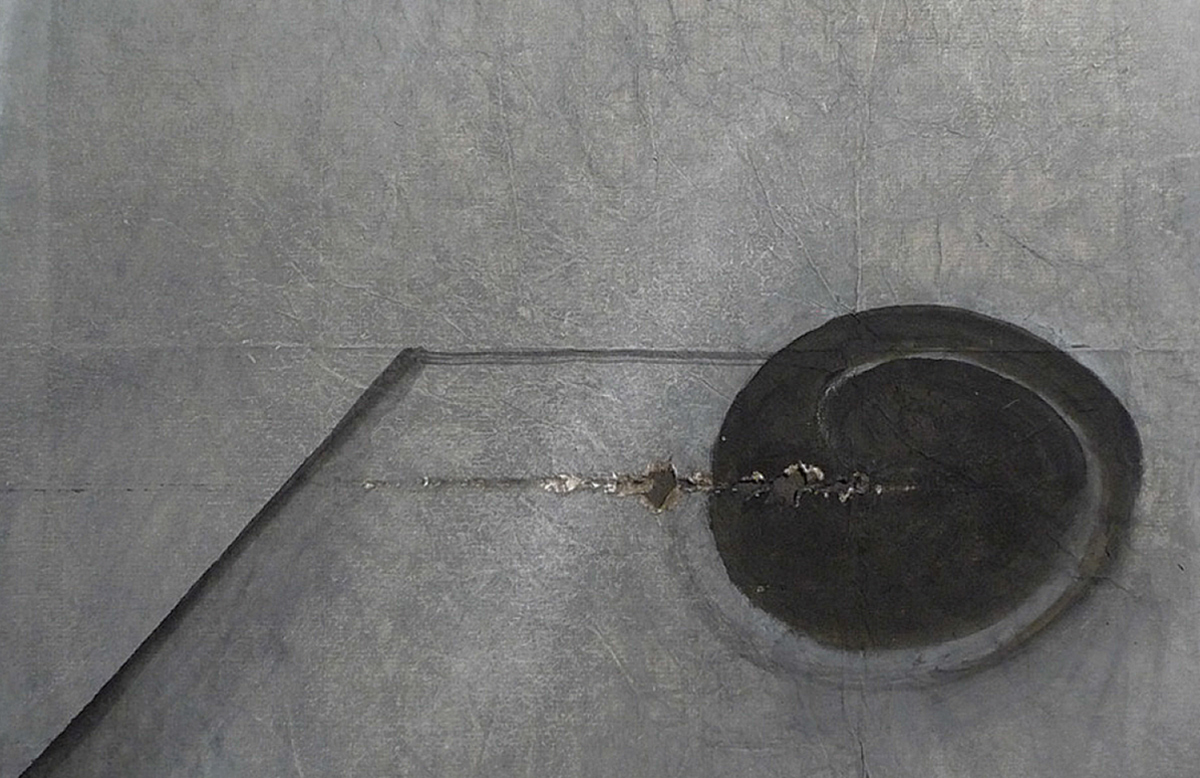 “Károly Schmal belongs to the small group of people who in some way or another have “remained much as they were” over the course of the last twenty-twenty-five years: his subject matter and his frame of mind have fundamentally remained unchanged. His objectified photographs, which are “chilled” with drawings and chemicals, have always been created with a strong sense of metaphysical determination and attachment, and they have always addressed the duality of light and shade in a reserved, dry manner in an impoverished monochrome or barely coloured (working)attire of some kind of strangely enthusiastic fatalist. The geometric elements casting shadows in his pictures stand or lie in planes that even in their barrenness can be interpreted richly as actual spatial landscapes, much like Pilinszky’s sleeping nails in freezing sand, but the lyrical obscurity is scattered by Schmal with geometric references. Or more precisely: partly with a geometric approach that recalls the conceptual photography of the 1960s and the 1970s and partly with the formal language reminiscent of works of the Constructivists of the classical avant-garde era, he concretizes-focuses the duality of light and shade, which has been consolidated into motionlessness. The serial nature of the works also refers to the influence of a conceptual frame of mind, as a result of which, however, an interest in the power of motion, which compels change, appears: the ‘examination,’ however, always concludes with the presentation of motionless as a monstrance like manner.”