While we are fully aware that nature no longer exists, since human activity has an impact on every part of the globe and the dawn of the Anthropocene epoch has officially been announced, we nevertheless regard the Earth in our everyday lives as if it were flat. Moreover, we differentiate between natural and artificial environments. We contrast the beauties of nature with the “something or others” of man-made landscapes: in our nature photographs we try to erase other tourists, stone mines, ski slopes and tractors even before taking the shot. At the same time, we blissfully delight in city panoramas encompassed by fog, not even suspecting that what we are seeing is the sublime embodiment of smog itself. We frame our natural experiences according to the aesthetics of postcards, and the signs “Scenic Viewpoint” on tourist maps tie us to this role. Our attention is drawn to such spots even in urban environments by the various applications on our smartphones. 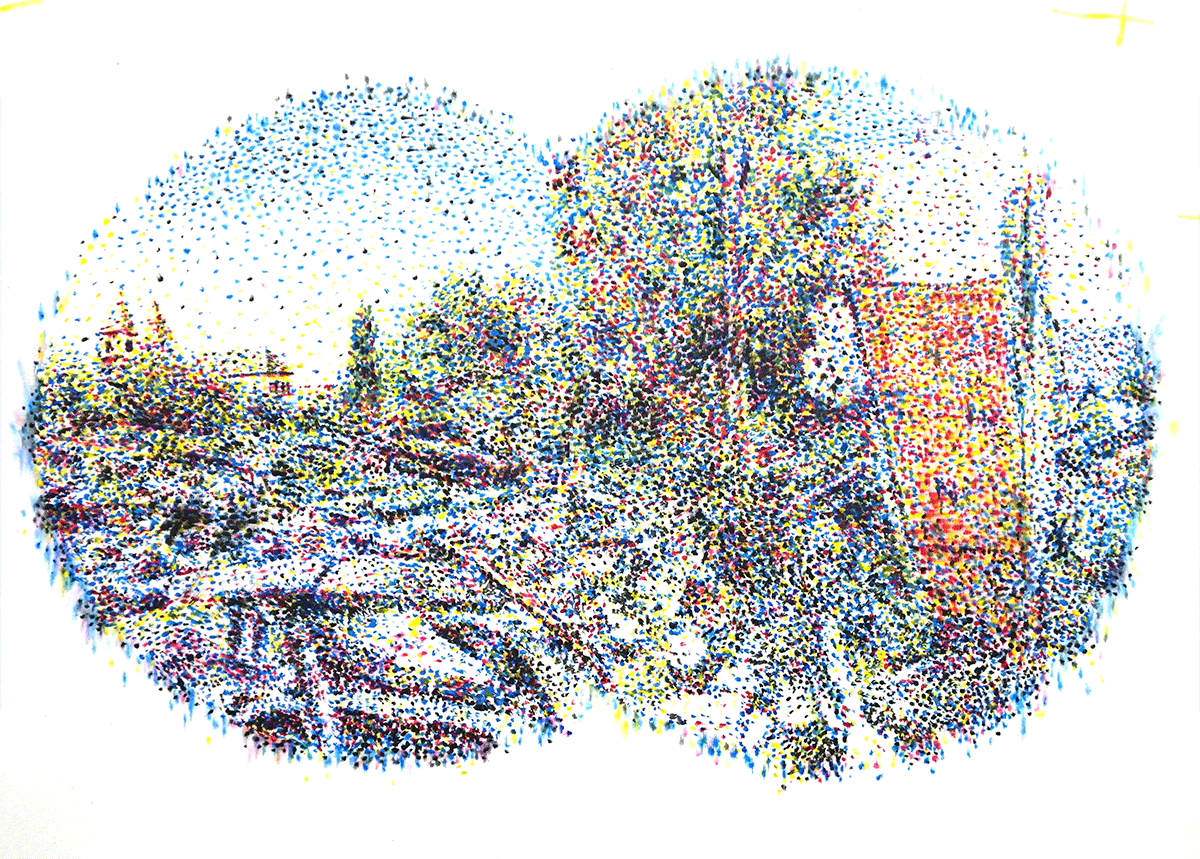 Our living space is the second take of nature, of which we selectively remember scenic views, seeing urban agglomeration as a transitional floodgate, its shallow function being that it divides the city from the countryside. When labelling these areas, we turn to economic-city planning terminology: industrial zone, brownfield belt investment, agglomeration transportation, etc. 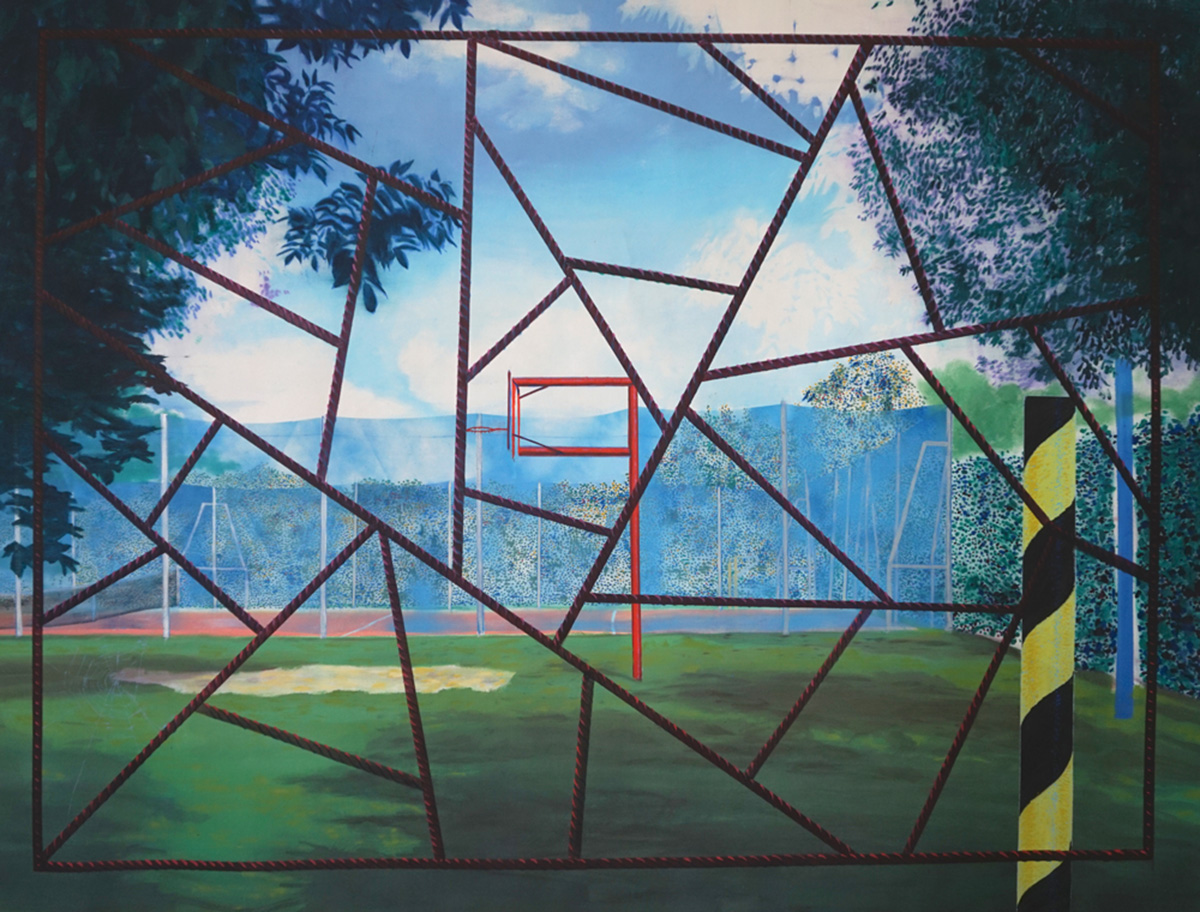 The paintings on exhibit focus on these areas, not as elements of a contrived concept, but rather as a kind of assemblage. I experimented with painting technologies, mixing geometric-concrete pictorial representation with the landscape-aesthetical picturesque, pointillism and the translucent painting technique.

I took my own original experiences as my point of departure: before the things depicted become symbols, they exist as meta-painterly elements, representational exercises. Among the monumental-scale perspectival paintings I also smuggle in works that are more dubious, factual and abstract, which extricate the larger works from the classical painterly tradition and unconsciously offer aid in the deciphering of the question.