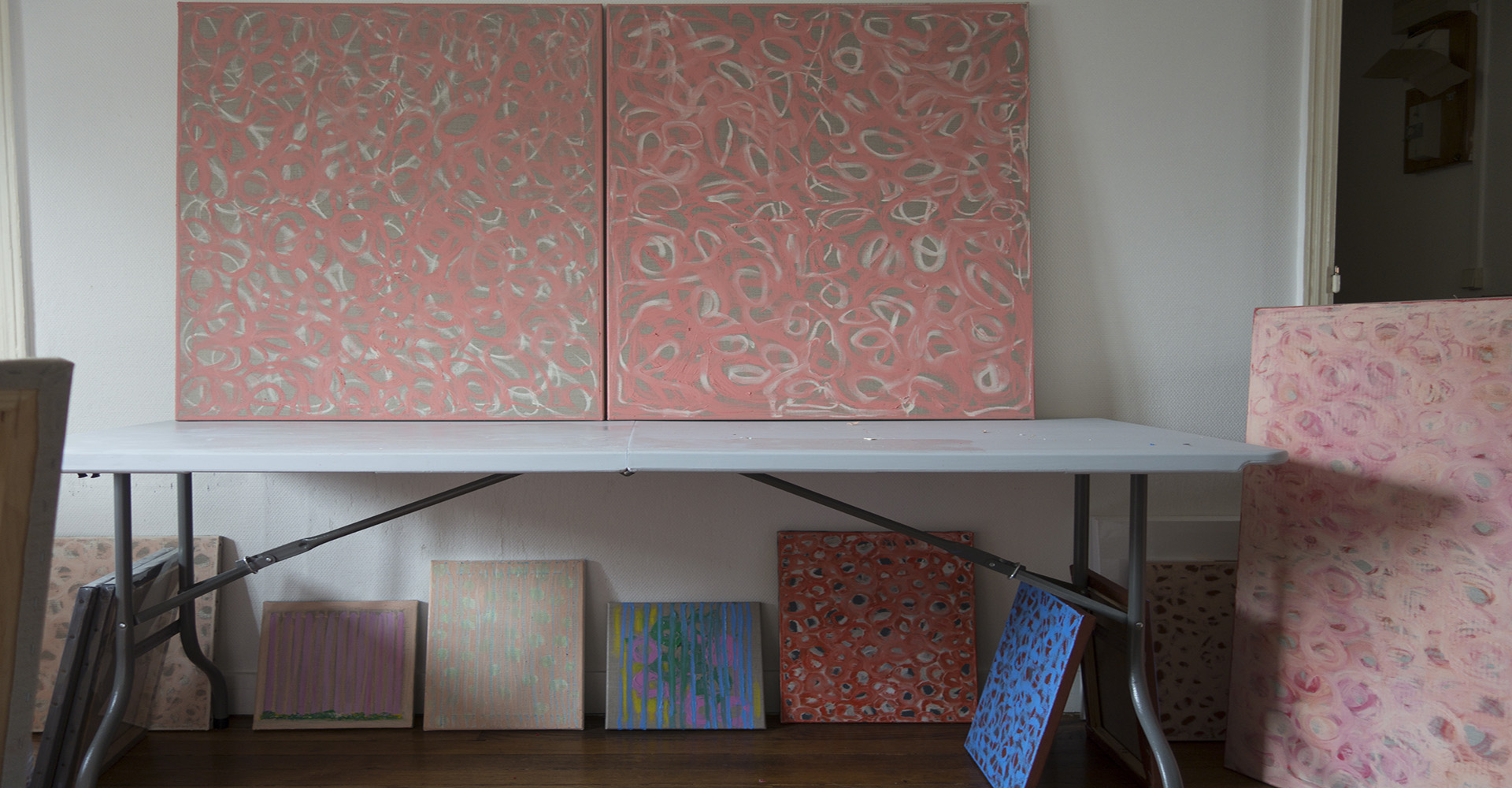 My recent and old works about the body, matter which is living and thinking, are organically interconnected to one another and to my life. I think about how I am living, and I live to think about what I live to see. The resolve which drove and drives me is to make my thoughts into compositions, to shape them into art in the strict sense of the word and in the sense of the tradition of art as I interpret it, all the while allowing myself the infinite liberty of the artist and art.

In the 1970’s, for me, body art and performance were a form of engagement with the body. In the 1980s, I was occupied with the scientific representation of the body. In the 1990s, the body and (self-)consciousness captured my interest, and by the 2000s, I had turned to something else. Now, I am reflecting on matter or material and its parts. My drawings and paintings are tied to what I think here and now about the world, life and the material out of which everything is composed.

The exhibition includes a selection of drawings, paintings and videos, as well as my most recent Cell Paintings (2017–2018). I created these paintings (62 pieces) last year in Paris and later in New York (48 pieces), and I have not yet exhibited them anywhere. The new pictures recall my series entitled Biological Metaphors, one painting installation of which I exhibited in 1984, exactly 34 years ago, at the Budapest Gallery. The exhibition opening on September 27th, 2018 offers a glimpse into a work process. It is a cross section of the preparatory work, and I also consider the ways in which my new compositions find their place in the space of the gallery, how they become an autonomous unity, a phase of this process.

Of the Hungarian artists who have concerned themselves with social gender, postmodern feminist artist Orsolya Drozdik has achieved the greatest international renown. Since 1975, she has been engaged with the social, psychological and artistic bearings of female existence. The protagonist of her art, both literally and metaphorically, is her own being, her body, and her life, which epitomize human existence as a whole, in terms of how poet Mihály Babits understood it in the “Lyric Poet’s Epilogue”: “my poems hope to sing of Universes, / but never reach beyond my lonely cell.” Observing and analysing her social roles and positions from a female perspective, Drozdik mobilises a wide array of artistic means and mediums (painting, sculpture, photography, installation art, video, performance, poetry, and prose). A fundamental trait of her work is strong conceptual foundation, also attested to by her numerous theoretical writings. Her main subjects include the analysis of the female body’s psychological and social interrelationships and representations, the pathological body, the relationship between science and art, between sensuality and the medicalized body.

The current exhibition offers a retrospective look at the archaeological layers of Drozdik’s art alongside her most recent works, the Cell Paintings. This series recalls Drozdik’s painting-installation Biological Metaphor, which was also exhibited at the Budapest Gallery at its Zichy Palace location in 1984.