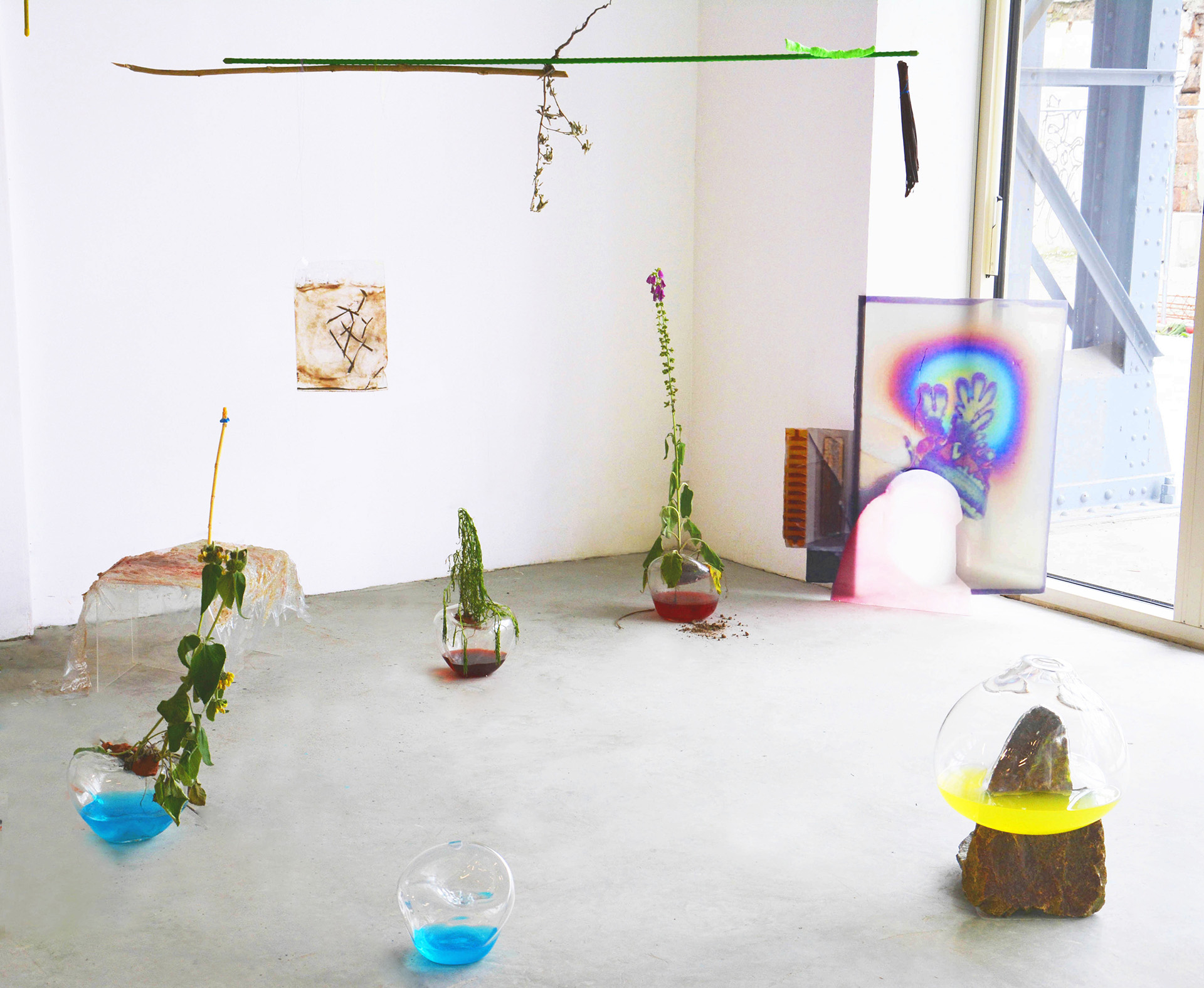 The exhibition organized by the Budapest Gallery, Budapest History Museum.

It could be the inside of something.

My plastic skin thinks it’s a chrysalis. Each particle of my interior furniture examines the effects of the floral motif running through the Art Nouveau buildings of the capital. It saturates my sense of hearing, my sense of smell, my sense of sight, and, above all, my sense of touch. The caress of the falling leaves in autumn, on my cheeks, under my canopy bed, I observe, the original pink of the liquid atmosphere, the leaves of the tree of paradise, hell and earth, like a new horizon of thought

I absorb every scroll of the House of Hungarian Art Nouveau. The branches of the apple tree in its reliefs become my bronchial tubes, fill my lungs.

It would then exist together with the tiny cyanobacteria to find balance before the oxygen overflow. It would feed the roots of mercury-absorbing trees, which abound as a sign of urgency but are seen as invasive and hunted. 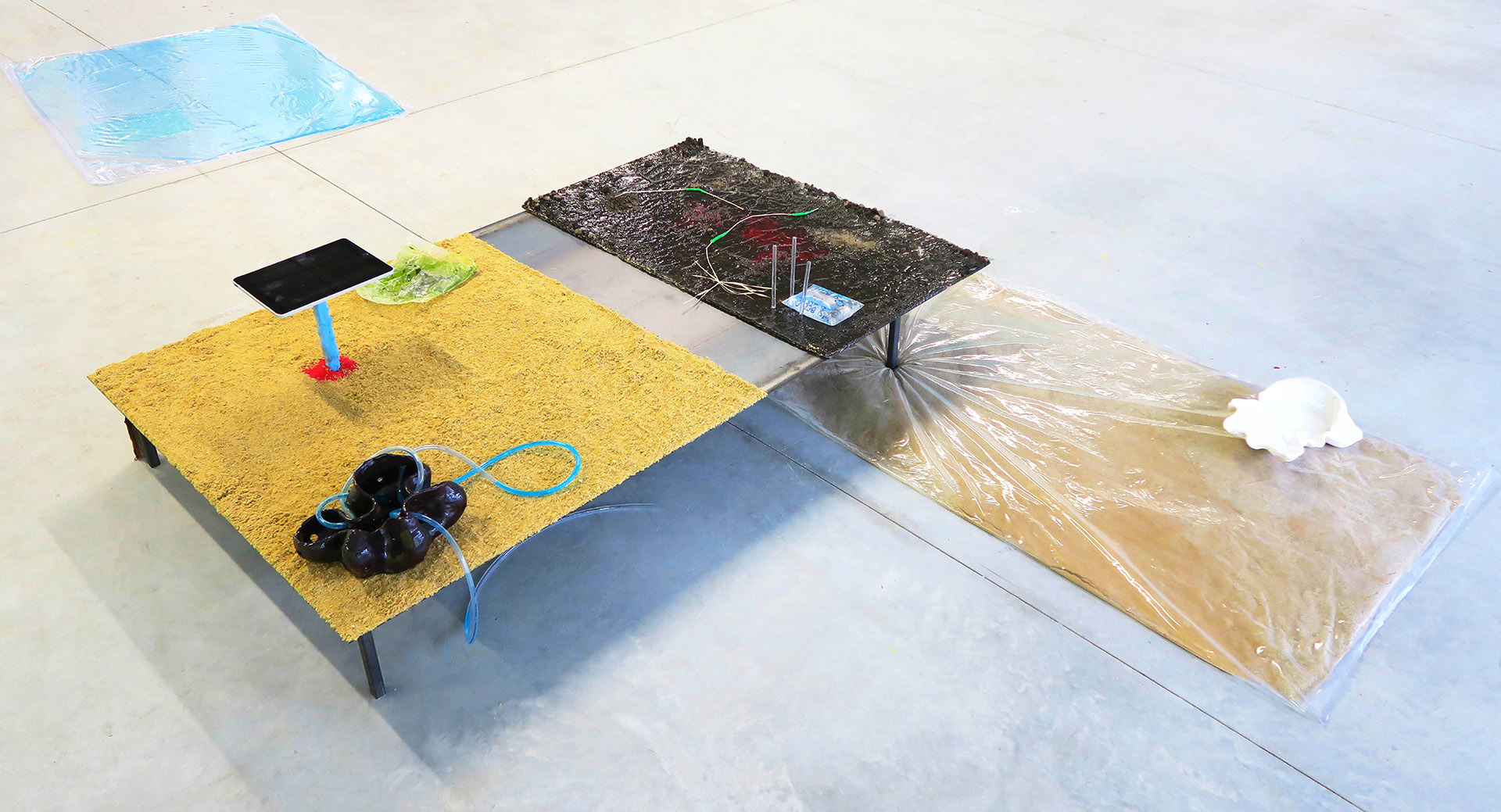 Born in 1990 in Sainte Colombe, Camille Juthier lives and works in Paris and Lyon.

After obtaining a degree in philosophy in 2013, she studied at the Nantes Métropole Fine Arts School, where she received her diploma with highest honours in 2018. Camille Juthier is interested in matter in its evolution and in the way in which our bodies, in their porosity, are transformed by the post-industrial environments in which they evolve. She is particularly attentive to the links we have with the idea of “nature”, its construction, and to the fact that these links reveal coercive dominations at work in our contemporary societies towards minorities and vulnerable beings. In her sculptures, videos, and performances, Juthier tries to gather knowledge by questioning dualist and hierarchical classifications, such as academic and popular, urbanity and rurality.

In 2019, she participated in the 64thSalon de Montrouge, exhibited at the 10th edition of the Design Parade competition in Toulon, with the Studio Rochée, and in the 16th Edition of the Laboratoire Espace Cerveau at the Institute of Contemporary Art Villeurbanne.

She is currently a laureate of the Cité internationale des arts de Paris and of the Budapest Gallery residency program in partnership with the French Institute.