AMBPA – ASSOCIATION OF MOUTH AND BRAIN PAINTING ARTISTS OF THE WORLD

Substitute Thirsters was a group of artists which formed in 1984 and broke up in 1992. The group was established when the former bans, prohibitions, and various obstacles used by the socialist regime had already begun to slacken, and they disbanded once the multiparty system had consolidated. They began as an underground formation and ended as an officially accepted group. Their uniqueness lies precisely in this paradoxical trajectory of their career.

The group gained official recognition at a time when official culture was disintegrating, and – characteristically – they brought their activity to an end when a new status quo had emerged and a new power had consolidated. They became conformists at a time when political-artistic conformity was temporarily impeded in Hungary. Thus, their conformism is of an entirely different nature than that of Mihály Munkácsy after the Astro-Hungarian Compromise of 1867 or Pablo Picasso after World War II. The career of the Substitute Thirsters accurately mirrors the disintegration of an old regime and the rise of a new one. Its work therefore merits special attention. 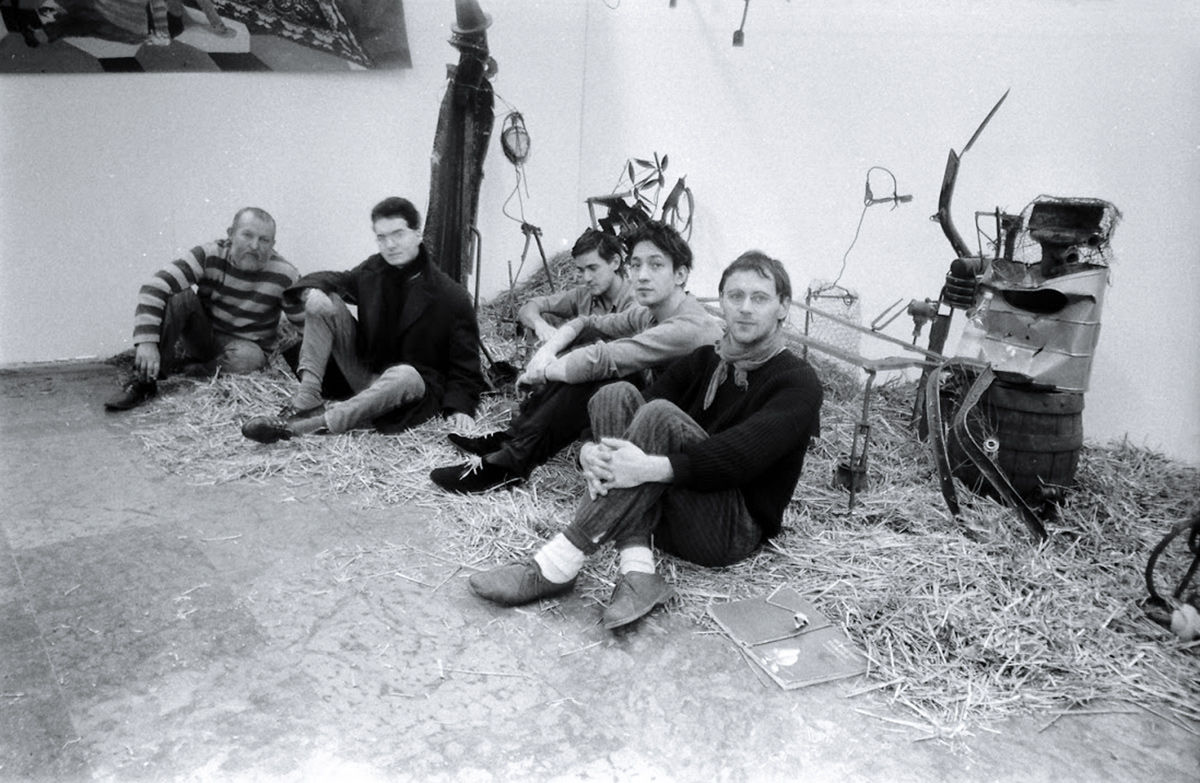 The New Budapest Gallery is presenting the group’s early, underground and semi-official period through its productions and exhibitions organized in natural settings, urban private spaces, and marginal community centres; from issues of Világnézettségi Magazin (the title contains a pun mixing the term worldview and world-views, i.e. world-views used as a ratings standard), which was made using samizdat techniques, to the sculptural ensemble entitled The Condemned Cell (after Mihály Munkácsy), which became the emblematic productions of the group.

They organized their first exhibition in Kisörspuszta and their second show in the Bercsényi Dormitory of the Budapest Technical University. With Plato’s Cave, they literally moved underground into an air-raid shelter, only to burst onto the art world by smuggling The Condemned Cell into the “annual exhibition” of the Studio of Young Artists, which opened in December 1986 in the Budapest History Museum.

This Munkácsy paraphrase denotes the end of the Budburst period. Its continuation, a muster of works by the group made within an institutional framework, will be on view at the Ludwig Museum as part of the exhibition Sparse Alkali Flats, opening in July. These two exhibitions are the most comprehensive surveys to date on the career of the Substitute Thirsters.

The exhibition consists of two parts: