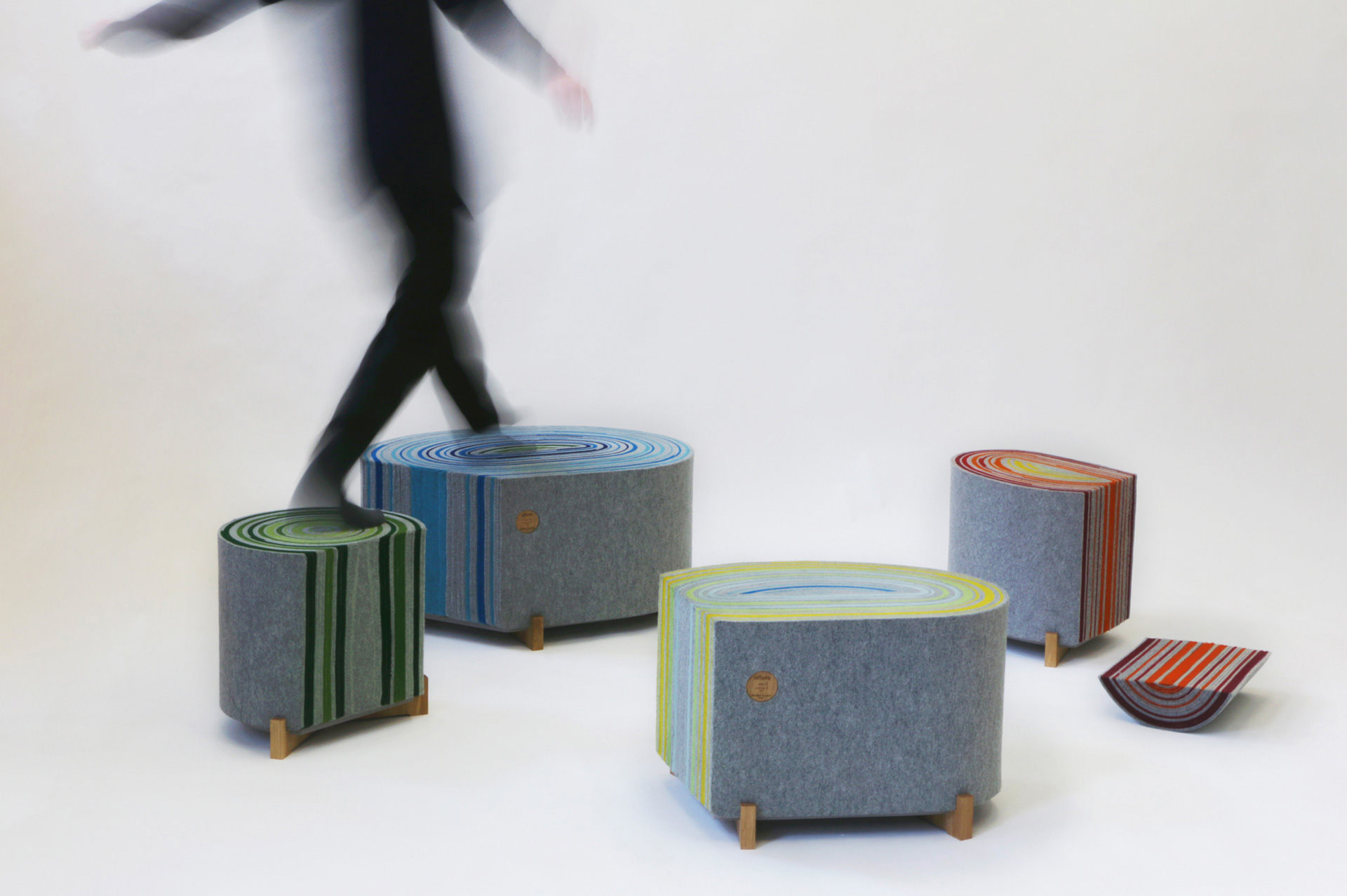 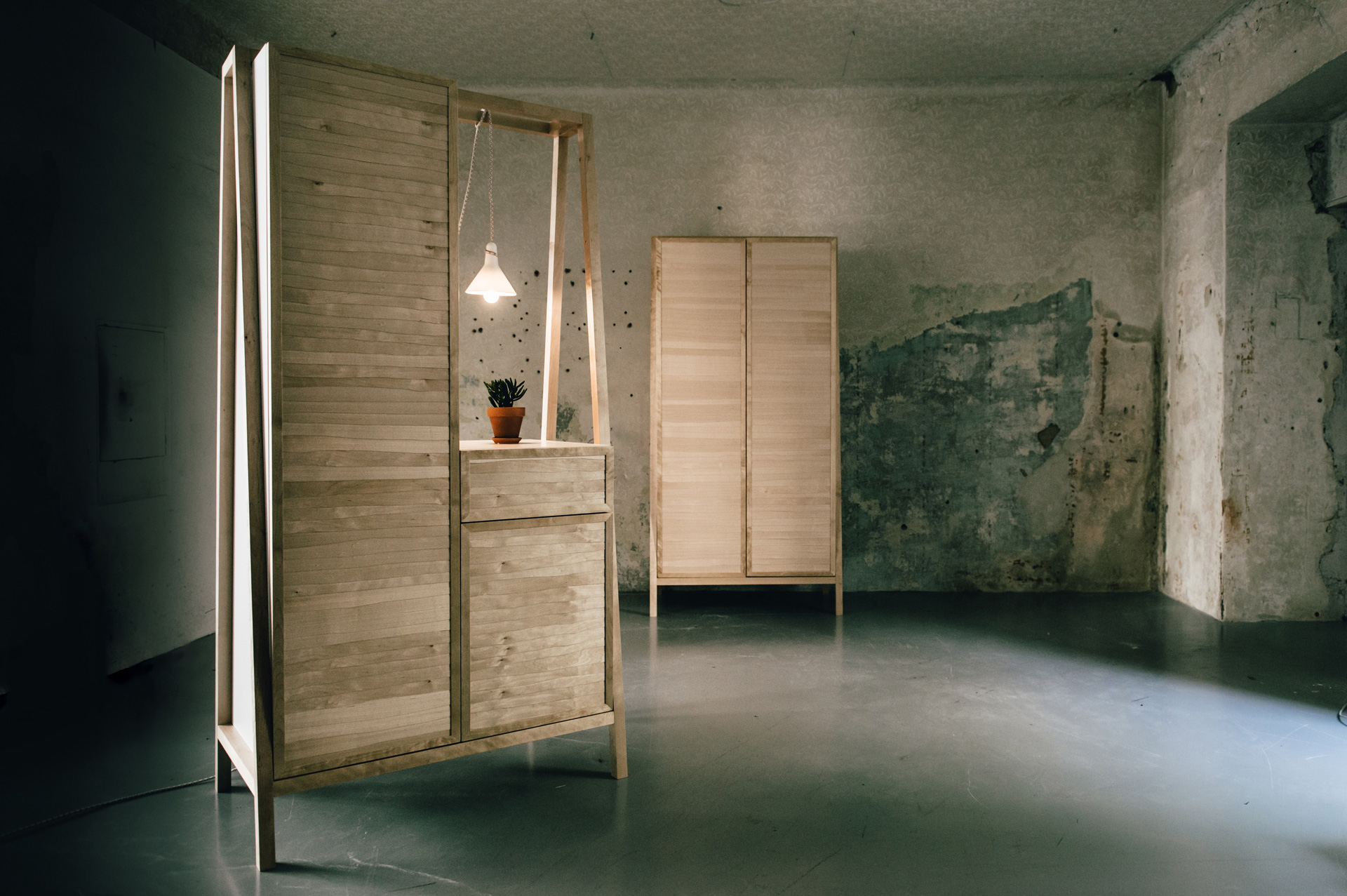 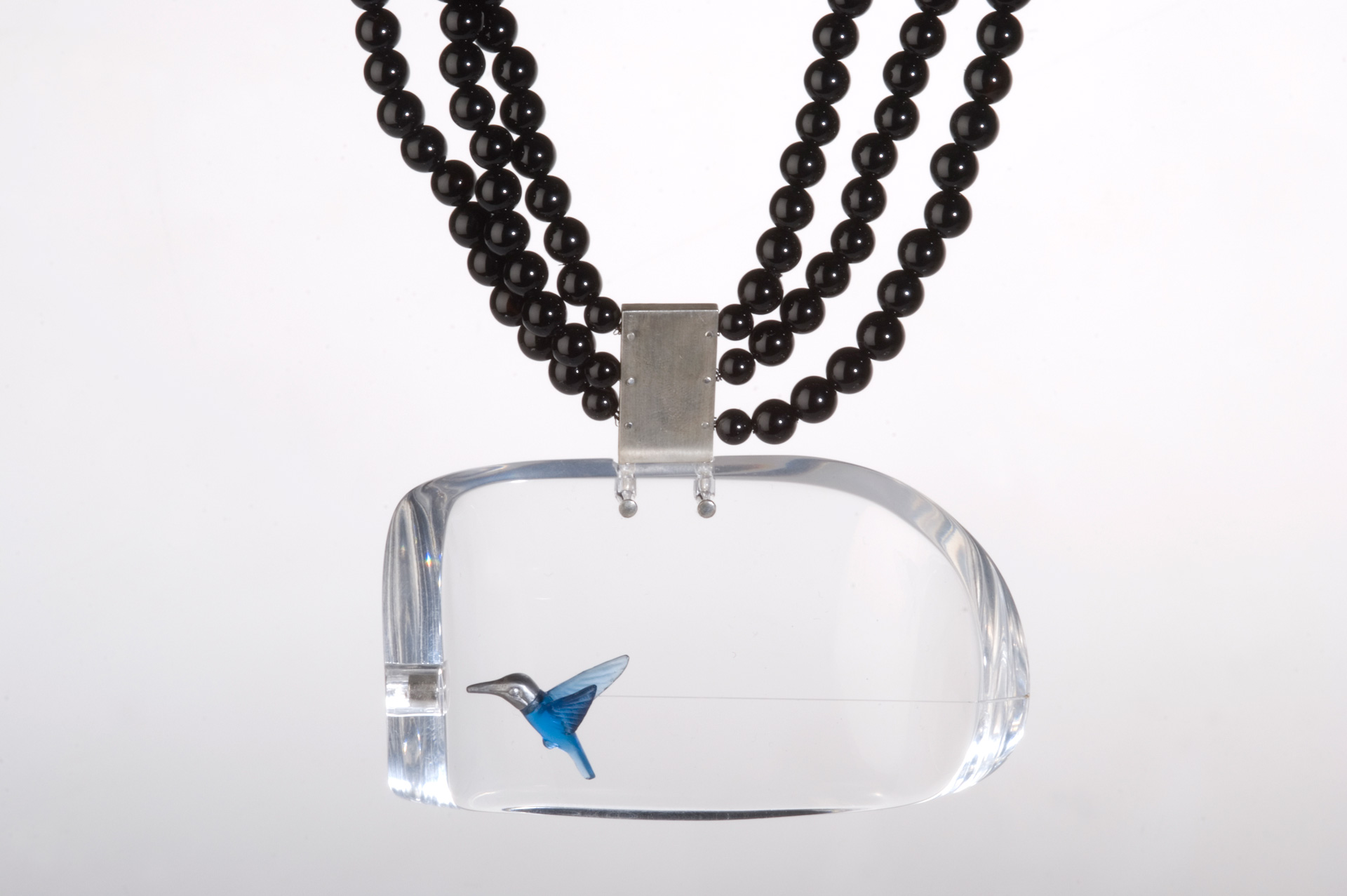 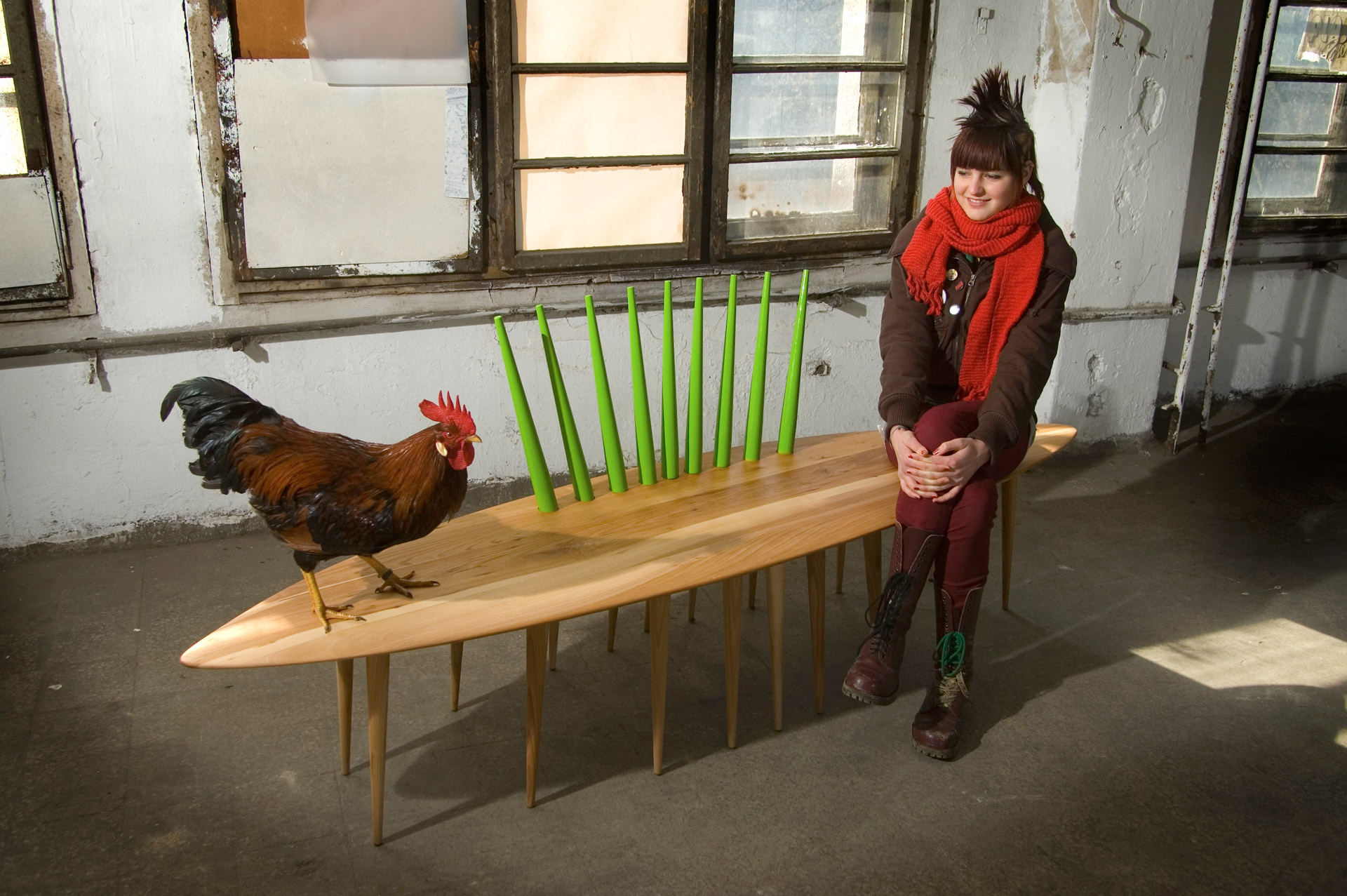 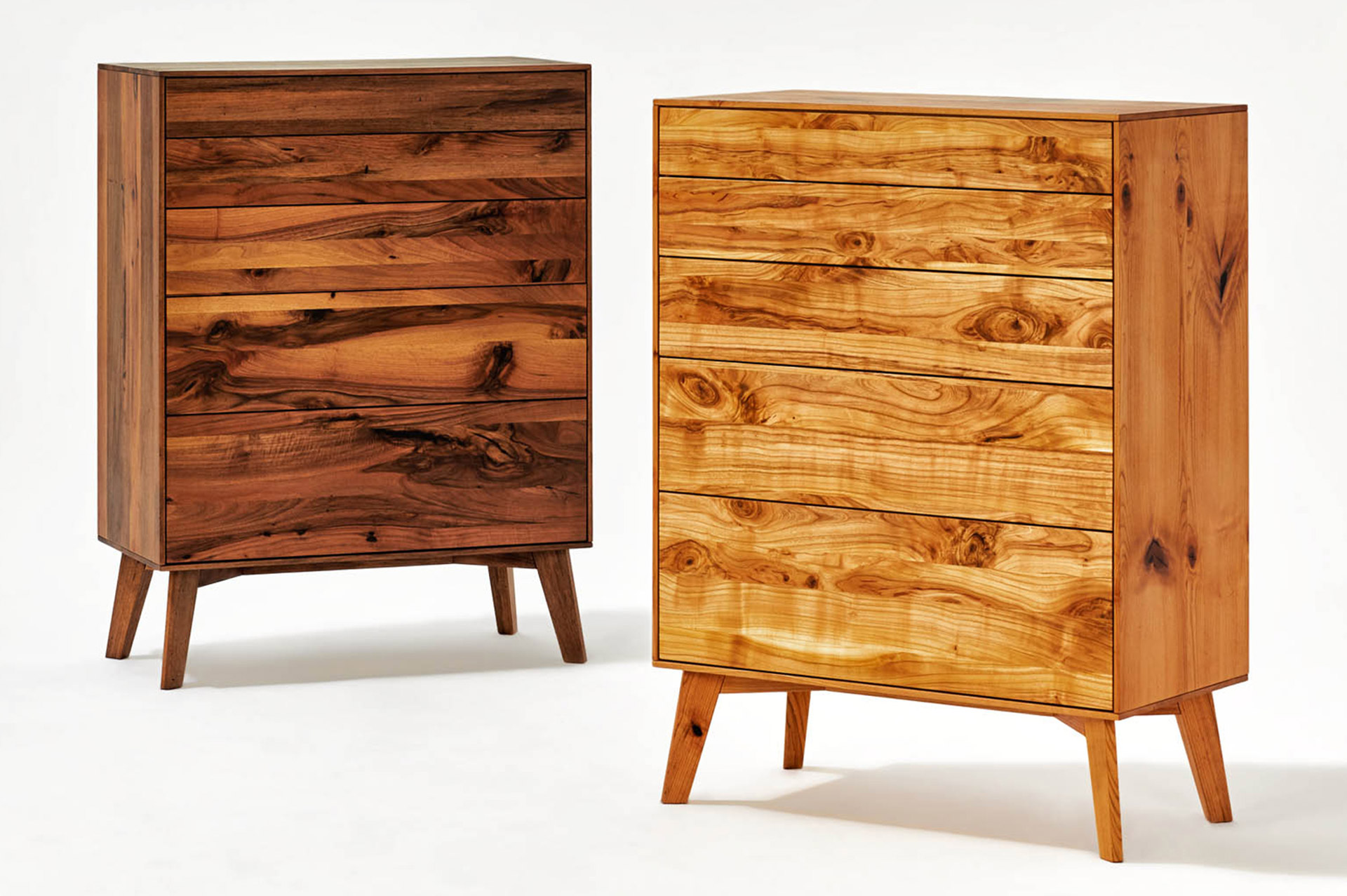 Curator and organizer of Design Without Borders, the 13 th madeinhungary + 6 th MeeD

The exhibition is part of the Budapest Summer Festival and the Night of Museums program series. The selection of Design Without Borders / 13 th madeinhungary + 6 th MeeD (Meeting of European and Central European Designers) will present works by more than 100 designers from 9 countries. In addition to objects designed by artists from the region – the Czech Republic, Poland, Hungary and Slovakia – visitors will have an opportunity to see furniture, textiles and objects created by Austrian, German, Romanian, Slovenian and Swiss designers. Alongside mass produced products there will also be pieces manufactured in small quantities and unique creations which interpret genres freely.

As has been the case in previous years, representatives of other genres closely tied to the material culture will also present their work at the Design Without Borders exhibition. Product photographers and jewelry designers whose work bears affinities with the vast array of materials on display this year will be given opportunities to showcase their compositions. The individuals who were selected to participate were chosen in order to ensure that visitors be given a complete overview of the most progressive innovations in the two genres.

Several of the object photographers work for prominent Hungarian and international design magazines and have achieved impressive results in competitions abroad. Distinguished curators took part in the selection of the jewelry designers: Cornelie Holzach, director of the Schmuckmuseum Pforzheim, collector and art critic Katalin Spengler, Ákos Lipóczki, director of the Design and Art Department at the Moholy-Nagy University of Art and Design, the H6 jewelry design team, Night of Jewellry Art Budapest, and the organizers of Design Without Borders. In addition to this survey of works by jewelry designers, the exciting exhibition entitled New Constellation, organized by Studio S+M+L_XL – Metal and Jewel of the Academy of Fine Arts and Design in Bratislava, will also be on view in Budapest for the first time since it was put on display at Pinakothek der Moderne in Munich.

The title Design Without Borders reflects both on the increasingly international nature of the circle of exhibitors and the trends and tendencies which are palpable in contemporary design. Earlier, the madeinhungary exhibition, which presents Hungarian designers and now looks back on a history stretching back more than a decade, was organized as part of Hometrend with the support of Ambienta Ltd. and the National Cultural Fund of Hungary and the dedicated efforts of the organizers and participating designers.

Since 2012, MeeD, which is closely tied to madeinhungary and at which Czech, Polish, and Slovak designers present their works, has been organized with the support of the International Visegrad Fund. Innovations in contemporary design, however, can only be analyzed in the larger international context, so in 2016 the organizers decided, in addition to presenting works by prominent designers from the region, also to include every year some of the most exciting representatives of another individual country or region in the selection. In 2017, when designers from the Baltic and Scandinavian states were invited, 10 countries took part in the program with a total of 114 designers.

Design Without Borders places particular emphasis on dialogue and permeability between the various genres. In 2014, compositions by visual artists who create object simulations were included, followed in 2016 and 2017 by works by applied textile designers. The project entitled Texhibition, which was created by textile designer Szilvia Szigeti, has been running now for three years, and the most recent innovative works will be on display this year too.

Design Without Borders also strives to foster dialogue among members of different generations, so artists at the beginning of their careers take part alongside designers who have been active for several years in the profession and influential, recognized artists of the older generation.

Design Without Borders represents the tremendous diversity and variety of the genre. The many layers and creative forms of expression of the genre are given space, from the prototypes and “low budget” objects made in small series to mass produced items, i.e. works which even in their form of production are expressive of the economic opportunities in the various participating countries.

The Design Without Borders Award

With the support of the International Visegrad Fund and CIG Pannónia Insurance, the organizers established the Design Without Borders Award, given in recognition of the achievements of the exhibitors. The aim of the award is to call attention to the many potentials in design and the importance of financial support. The jury, which is comprised of renowned experts, assesses the originality of the given works, their innovative solutions, and their importance as works of design.

Members of the jury:

Since 2004, the exhibition has been organized by interior designer Tamás Radnóti and textile designer Szilvia Szigeti. Both Radnóti and Szigeti completed their studies at the Moholy-Nagy University of Art and Design, and both were recipients of scholarships at the Akademie Schloss Solitude in Stuttgart. Szigeti is currently a member of the supervisory board of the akademie Schloss Solitude. In the course of their work as designers, they have taken part in many exhibitions in Hungary and abroad, and they have been given numerous awards in recognition of their work in the profession, including the Lajos Kozma Applied Arts Scholarship, the Hungarian Form Design Prize, and the Noémi Ferenczy Prize.

In 1994, they founded the Eventuell Gallery, and in addition to the exhibitions organized at their creative studio, they have also participated in the organization of almost 200 Hungarian and international events (for instance the Textival textile and fashion shows at the Open Air Theater and the Budapest Kunsthalle and the BútoroSOKK avantgarde exhibition at the Budapest Museum of Applied Arts, at which works by furniture designers were presented). Since 2004, they have organized madeinhungary, which focuses on works by Hungarian designers, and since 2012, they have organized the MeeD exhibitions, which focus on international artists. Over the course of the years, they have worked together with some 4,000 designers and artists.

The International Visegrad Fund is the main supporter of MeeD. The exhibition of works by Hungarian and international designers enjoys the support of the National Cultural Fund of Hungary, while the Akademie Schloss Solitude Stuttgart provides support for the presentation of works by German designers and Pro Helvetia provides support for the participation of Swiss designers. The Design Without Borders exhibition and award are made possible with the support of CIG Pannónia Insurance, and the prize for jewelry design is possible with the support of the Horvath Art Foundation.