The exhibition includes works by:

“Why does almost everything seem to me like its own parody? Why must I think that almost all, no, all the methods and conventions of art today are good for parody only?”

For many years now, this exhibition has been set in my visual memory. I regard the exhibition entitled Visionary Realism, also organized here by me in 2007 out of works by artists no longer among the living, as its precursor. It continued to exist in the form of an idea, and it remains a question if, to quote Mann again, this time from The Genesis of Doctor Faustus, “the time for this task, which albeit as a goal was set only vaguely but nonetheless long ago, has come.”

The task: to borrow from Visionary Realism representatives of the grotesque and the bizarre and of trends going beyond the scruples of composition based on form, and to complement the exhibition with contemporaries working in a similar spirit so that Gyula Sugár’s axiom can be valid for the “historical” works and the contemporary works; namely “Information content instead of aesthetics.” Thereby, the personal-visionary understanding of reality, which disregards the schemes of the profession and notions of art of our time, can encounter the practices which treat the ironic, reflective system of art production today, the theoretical officiousness surrounding this system, and the selected medium with equal disdain. Thus, a conjunction of genre parodies, “over-painted” pictures, banal subjects and hybrid forms—a conjunction which retains personal traits—can come into being which contains chapters in the unwritten story of Hungarian bad painting.

Artists and works began to come to mind, prompted by this idea…but I’m not phrasing it correctly, this was not quite how it happened, rather it went the other way around from how it has always gone when I organized “curatorial” exhibitions. Against the backdrop of day to day work, the slowly gathering pictorial experiences became interlocked so that finally, in a good case scenario—but on a sensual-experiential basis—a phenomenon took shape that can be formulated in words as well.

I believe this is when the time for a task “set long ago” and the test of pictorial memory arrives: the real meeting of works in Óbuda that were conceived beforehand, “the one for the other.” 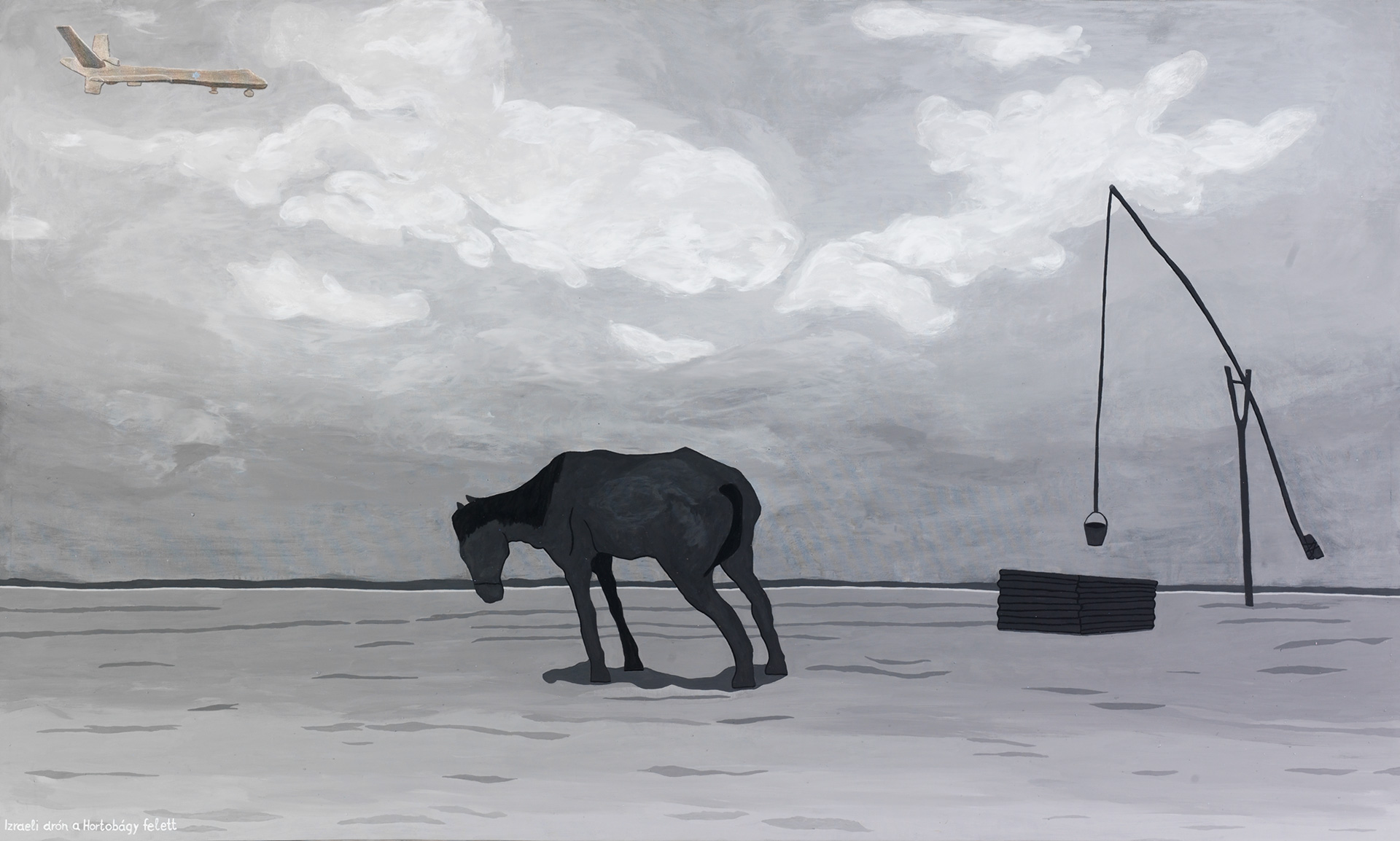