“I’ve been working tirelessly for twenty years, ten years of them at home in Transylvania (I was admitted to the Academy of Fine Arts in Cluj in 1973) and as of the fall of 1982 ten years in Western Europe. Let’s suppose that instead of making art I had been distilling plum brandy, the result would have been much more popular. As an alert observer, I distilled something else – pictorial data for my work; searching and transforming my formal identities and ancillary identities, my various personae.” 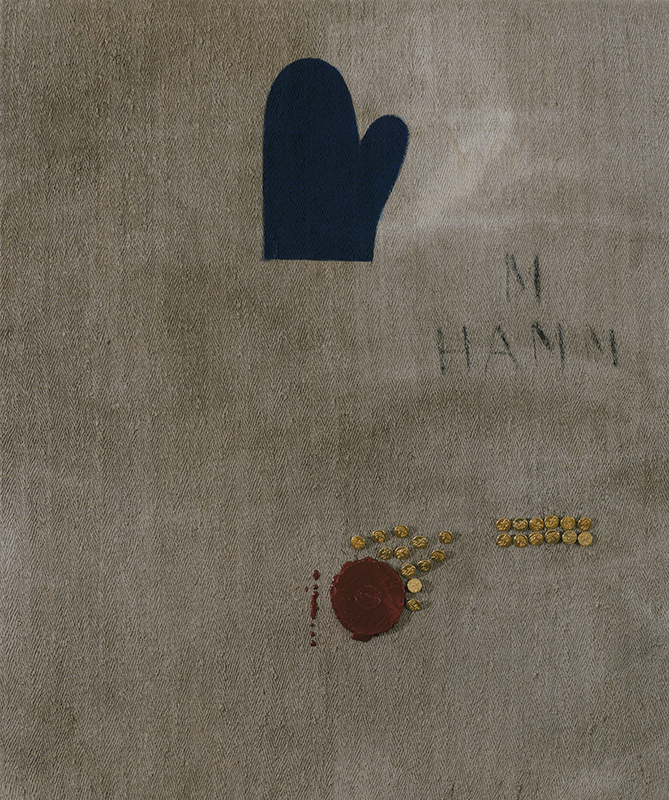 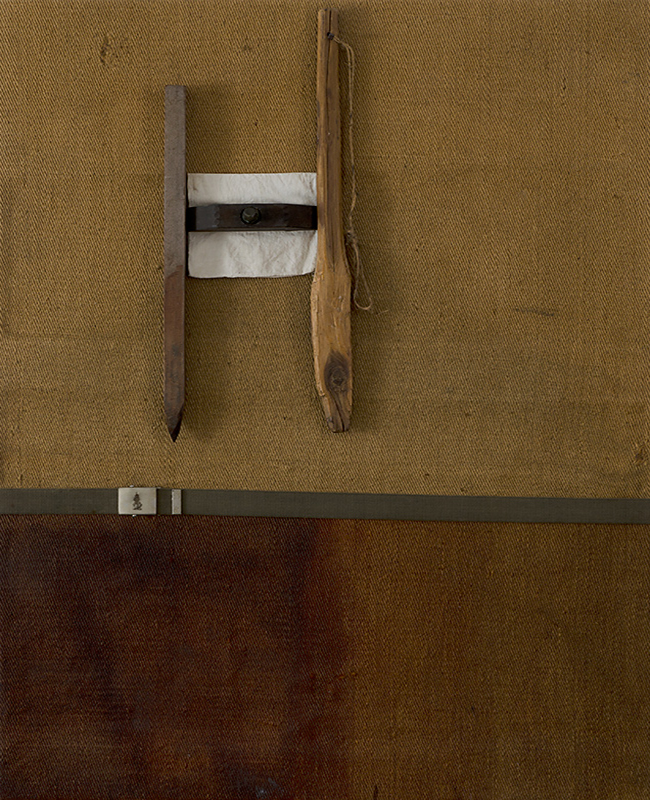 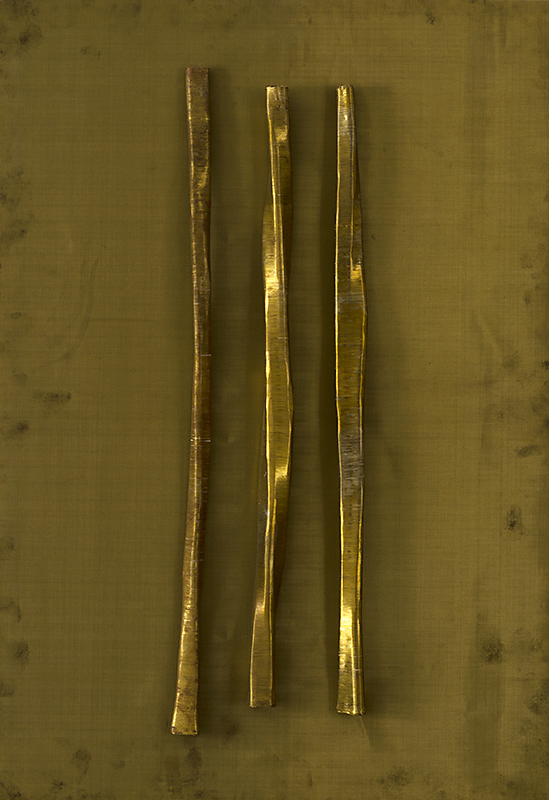 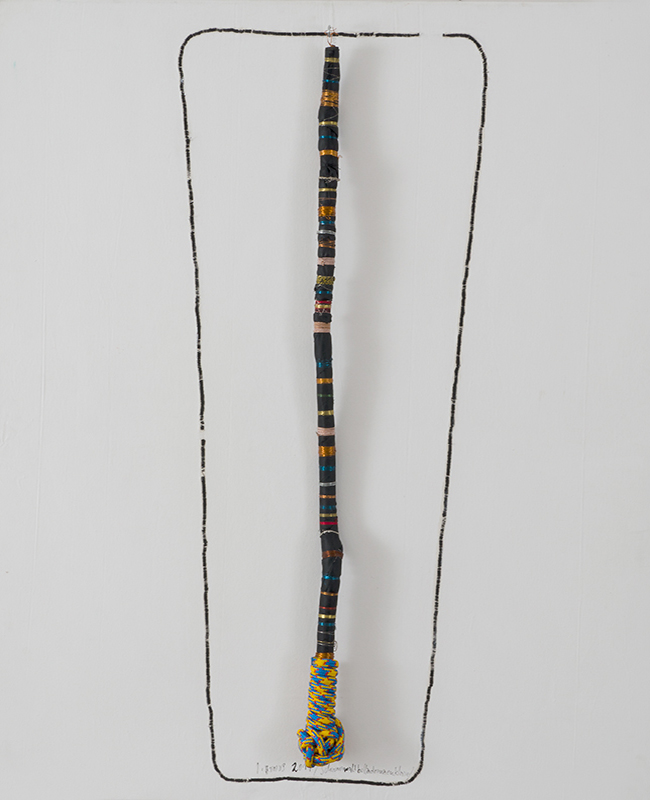 His oeuvre cannot be neatly circumscribed, it is complicated and daring. His works cannot be placed into categories. There is harmony here, dissonance there, order here, chaos there, not infrequently they coexist, as they do in all our souls. When we presume to understand, he knows we do not. While when we know that we do not comprehend but only feel, then with curious excitement we search for the key to understanding. He invites us to gaze, to ponder, to look inside ourselves, while with ironic humor he prompts us to smile.

Ioan Bunus himself cannot be neatly circumscribed. He is daring and ungraspable: he emerges and then disappears. Instead of him, with varying frequency the postman knocks on his friends’ doors, and the packages he brings, although not full substitutes for him, are comparable to a good conversation. Drawings, collages, photographs, sketches for sculptures ceramics, tapestries and book illustrations (accompanied by commentaries) arrive, as do notes on his works, important messages that he sometimes writes in his own distinctive handwriting on the envelope itself. (During the years he spent in Oradea, Bunus was one of the key figures of the city’s cultural life, living completely isolated from the Western world. Mail art allowed him to be in contact with the international art world – from Japan to the United States – and to give news of his own artistic activity.)

Bunus is our Schwitters. Belt, rope, twine, kitchen sieves, wire, corks, objects intended to be disposed of – anything that falls into his grasp can be used by him to create a composition out of his ideas, which may be sleeping but are ready to be awakened at any moment, or are simply momentary and fleeting. He works unceasingly. When unable to work with his hands, he works in his head. His artworks arise from a kind of intellectual chaos inside which the numerous unkempt, continuously emerging thoughts and ideas waiting to be realized are teeming. If, however, he were to attempt to arrange them in an orderly fashion the “Bunusian” art would cease to exist.

For his drawings, which are either deliberately composed or made with spontaneous gestures, wrapping paper or cardboard is just as suitable a surface as fine hand-dipped Amalfi paper. These drawings, which frequently include receipts, parking tickets, fragments of postcards or other elements that he has glued on them, are the imprints or pages (as it were) of an intimate diary that reflects moods, emotions and impressions of a place, an event or a memory. His motifs, including and not misunderstanding the geometric shapes, are not abstract formations, but rather shapes that are derived from an engrossed observation of nature and the immediate environment.

For the artist who stretches the borders of art, Rauschenberg’s combine paintings, which expanded two-dimensional painted works into the third dimension with the application of objects, proved to be an ideal terrain. From here – and from graphics, collages, and the photographs with which he continues to be occupied to this day – he arrived to spatial sculptures at the end of the 1990s. He provides the stripped and twisted wooden shafts (“torsades”), which are the products of a long and minute process, with new rinds made out of copper, brass or silver-plated brass wire that is tightly and densely wrapped around the object. The metal wires stick together, resulting in a homogenous surface with a velvety glow. These “wound nature-sculptures” illustrate well the intertwining of folk art and the fine arts, which is true of almost all of Bunus’ art. It is not difficult to recognize in them the deeply rooted memories from the artist’s youth of Transylvanian sceneries and people living in close proximity to nature. One of the most relevant examples of this is the wooden stick, the simplest and most universal ancient tool which has been used in folk art of almost all of the cultures the world over: the Incas gilded it, shepherds in Africa, Transylvania and the Great Plains of Hungary carved it, Australian aborigines painted it with repetitive, geometric shapes. At the same time, the stick also was given an important role in contemporary art. It is worth emphasizing the Romanian André Cadere – for whom the stick signified the symbolic tool of (among other things) artistic freedom and diversities of individuals – because the artistic attitude of this artist who died before his time was in many respects analogous to that of Bunus. The stick, presented either as a solitarily standing sculpture or in many iterations as an installation, appears in different sizes and colours as an exclamation mark, a cry for help, or a force bursting with energy that’s about to cleave the space mutinously.

Success as a result of artistic activity is incidental, unforeseeable and not necessarily proportional to the quality of the artwork. When Bunus – as he writes in one of his letters – is captivated in Versailles with Giuseppe Penone’s lightning struck bronze tree as well as other monumental sculptures by Penone, he is overcome with bitterness and self-doubt, the sense that his own work is futile; this sense of despondency, however, lasts only for a brief amount of time: “…an artist like me, who works humbly, is wholly disquieted or unsettled; almost to the point of losing all desire to create works of art… The shower which gushed onto me was very cold and I felt dwarfed, slowly I recover my consciousness and continue working.” (A letter from Ioan Bunus to the author, Meaux, 22 October 2013.)

Bunus’ life has been full of bumps and, from the perspective of winning widespread recognition, with decisions that have proven erroneous in hindsight. But were these decisions just as flawed from the perspective of his art? For fame does not always bear works of art of a higher quality. Indeed in many cases it can be harmful. Bunus would shudder from the thought of becoming a fashionable star artist, he has no desire to be world-famous. He does, however, hope that his works of art will draw attention, and he hopes even more fervently that his designs for large-scale sculptures – of which he has many – will someday be realized.