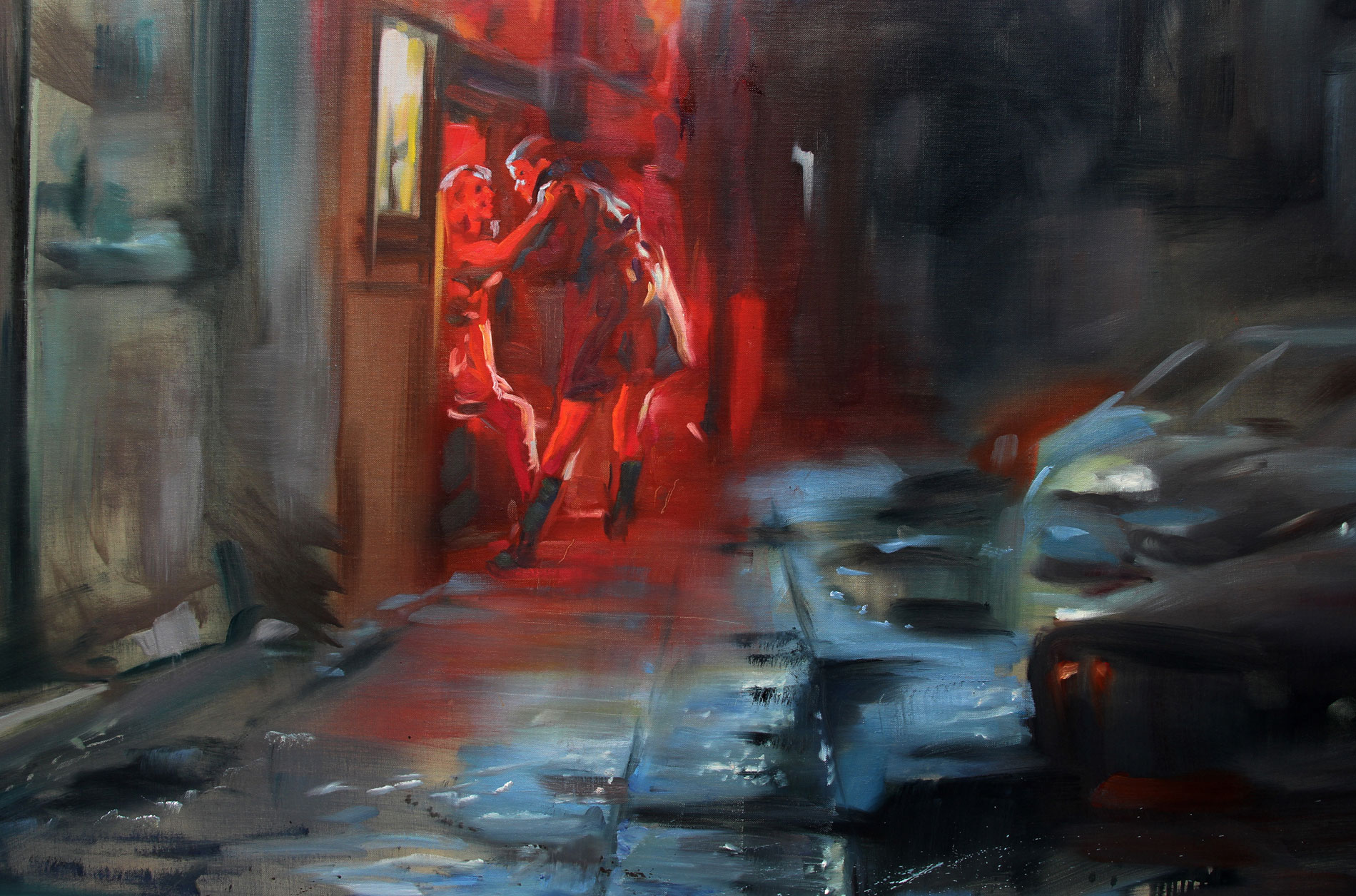 The subject of the works on exhibit is the tragic death of a foreign girl, a real-life event that occurred in Budapest in 2008. The somewhat mysterious story has preoccupied the painter ever since, moving him to inquire about the events almost as if he were an investigator. Lajta has made sketches, posed models, and tried to imagine the story as a series of images, but only recently did he actually begin the painting process. The reason behind this was that he was searching for the key to the depiction of this narrative. In other words, he posed the question: can we illustrate what we don’t know, or rather, can reality be understood, can truth be known merely on the basis of what we know, what we see? This question simultaneously leads us to ask how a scene depicted in a painting can speak of reality, if indeed it can speak of reality at all.

In eight large-scale oil paintings and in drawings made with mixed media arranged around them, Lajta follows what transpired that evening. The lion in the title refers to the stone lion located at the foot of the bridge, possibly the only witness to the eventual outcome of the events. 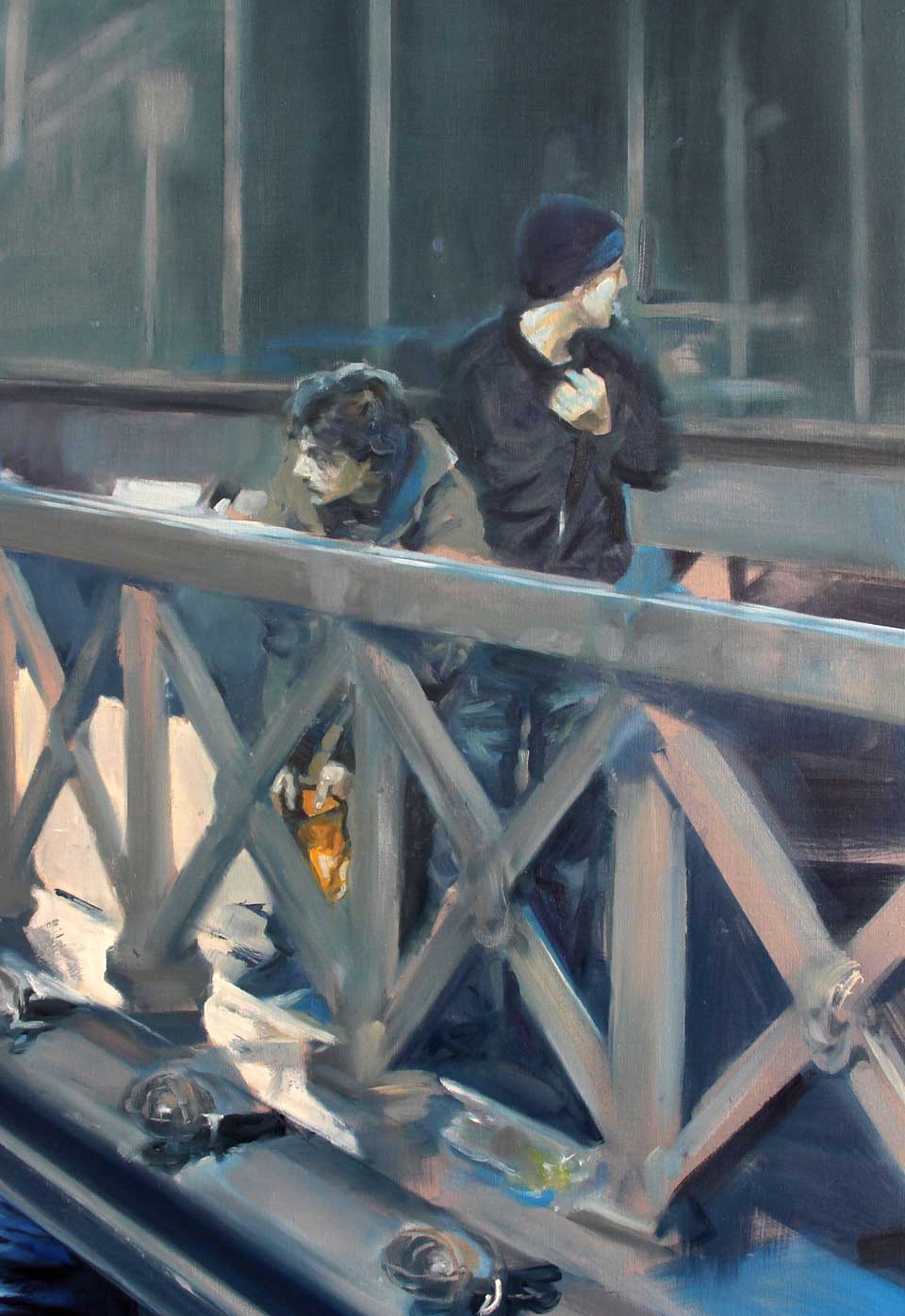