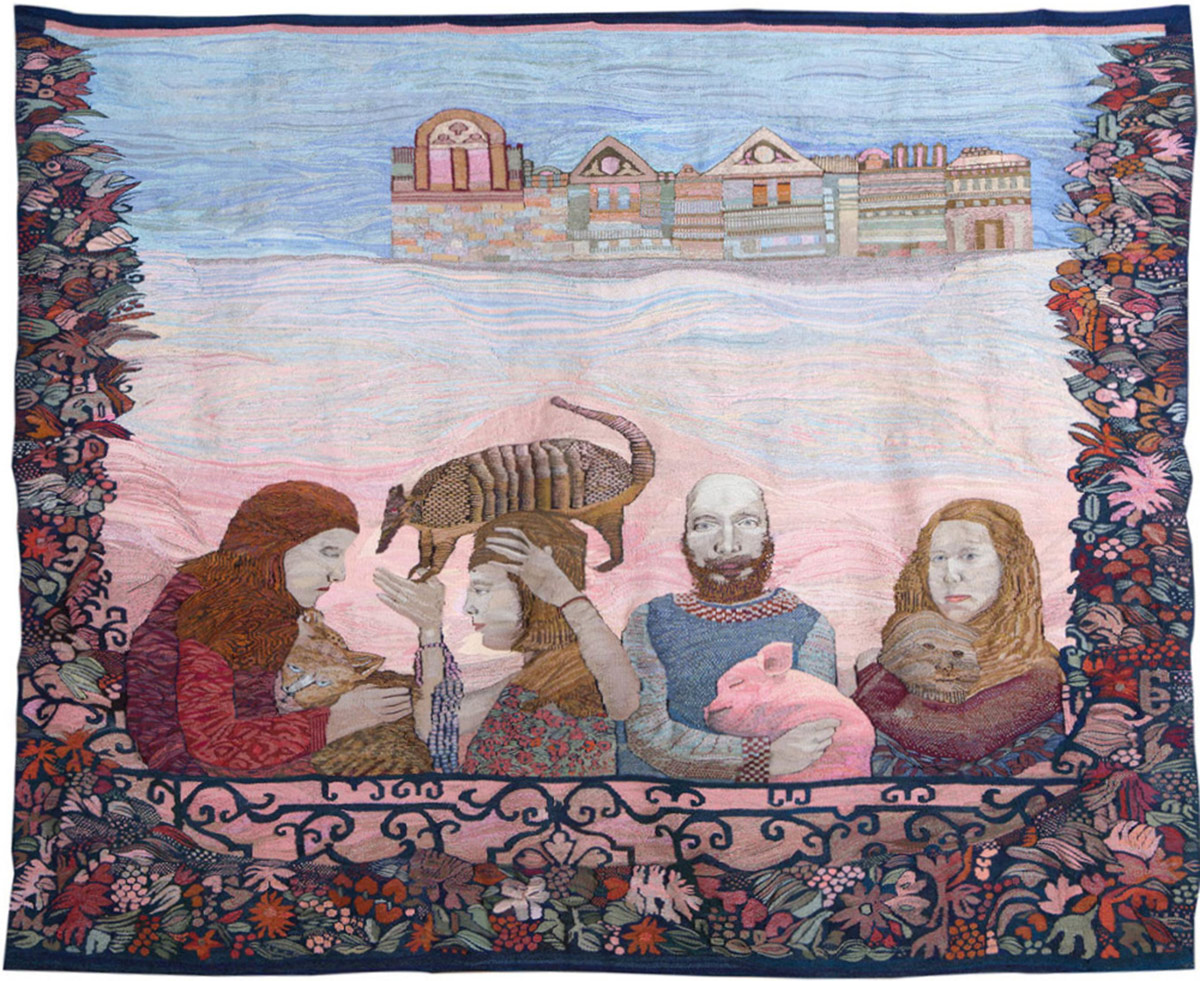 Éva Rónai is a defining figure of Hungarian textile art. She creates her works using the demanding French tapestry technique on an upright loom, which is very time-consuming and requires tremendous patience, energy, and physical fortitude. Despite her use of a traditional tapestry technique and her choice of biblical-mythical subject matter, her works are surprisingly realistic. The motifs and characters which populate these textiles – often members of her family – tie them to the present, to events and occurrences of today. Her animal figures are bearers of symbolic meanings and human characteristics; in turn, they appear in these works in “true tales”. The critical standpoint, the mild humour, and occasionally the wry irony make the tapestries of Éva Rónai into flesh-and-blood contemporary art.

Her exhibition in Óbuda looks back on thirty years of work while also presenting new, recently completed tapestries. 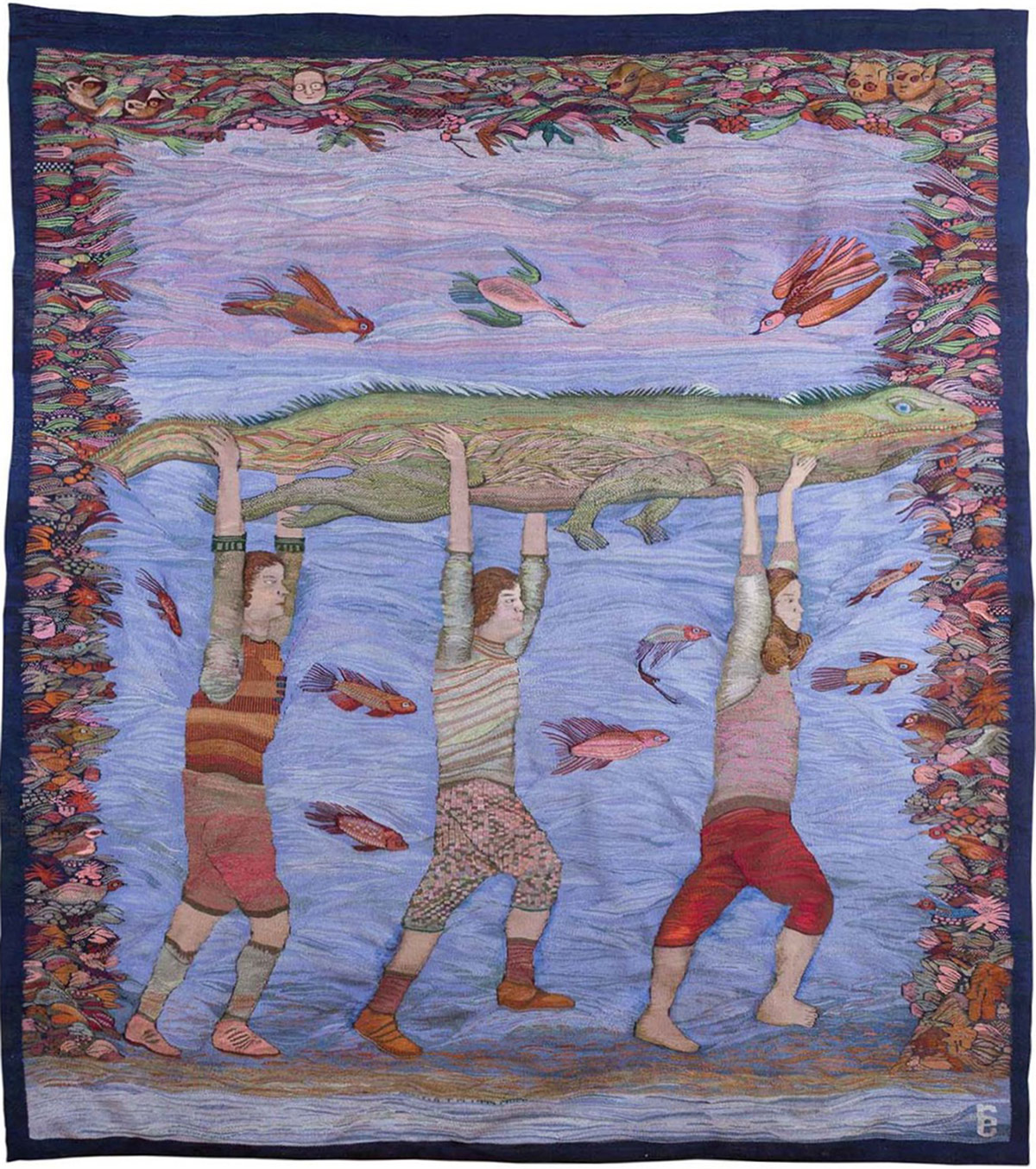 “With respect to Éva Rónai’s large-scale textile pictures, it is important to observe that she works on each of them on her own for a year – a year and a half. She not only designs them, she also weaves them herself. Thus, her works – which are the creations of a single individual – completely express her sense of life, the flutterings of her mood. In all of her compositions, she moves her viewers with her personal touch.”