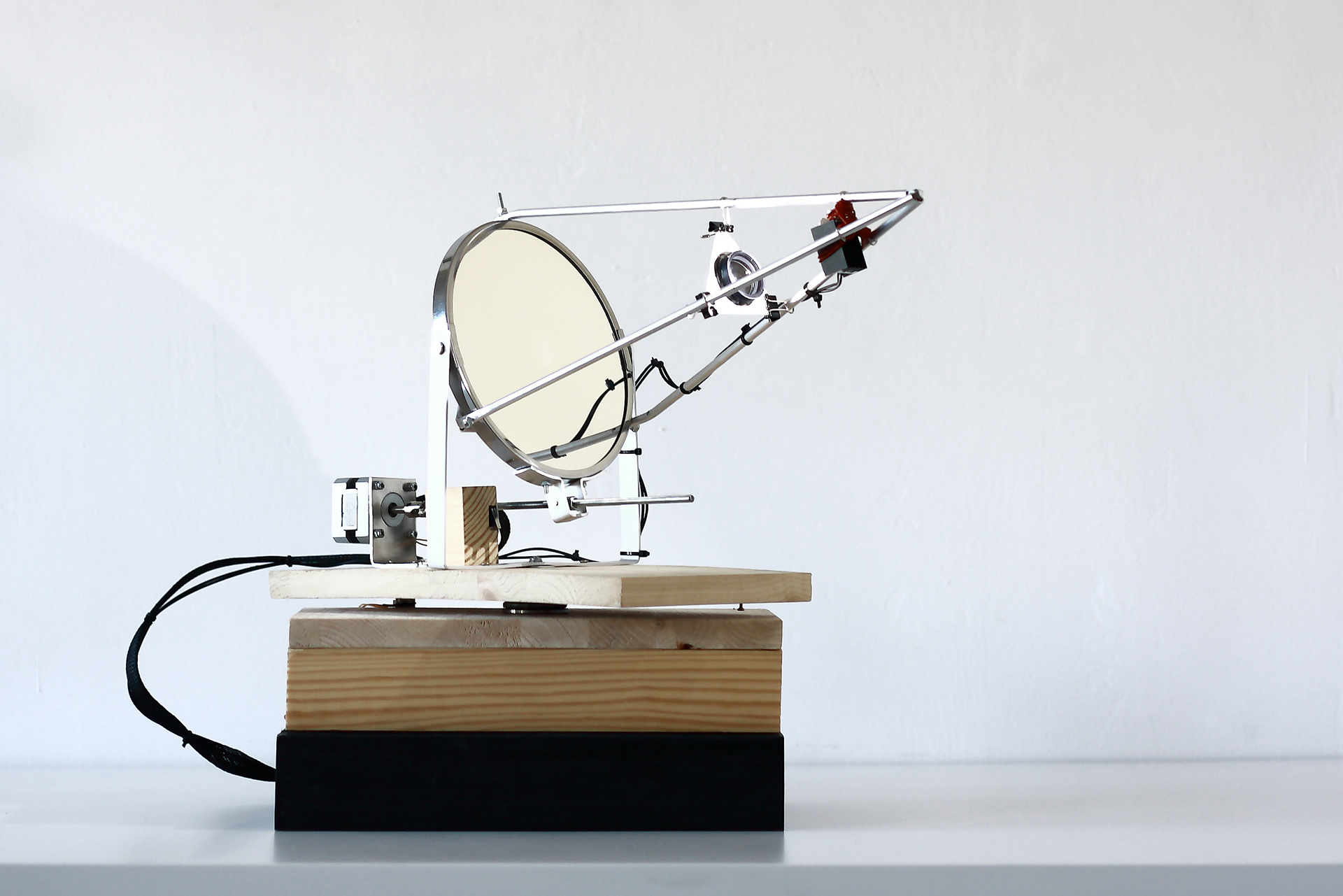 Arch of a Course, 2017, multimedia installation

inside express IV. | My Favourite Experiments

The exhibition was organized in collaboration with Balkon Contemporary Art Magazine. The INSIDER Award, established by Balkon, was given to Anna Barnaföldi and Loránd Szécsényi-Nagy, who were selected from among the artists who appeared in the inside express section of the magazine over the course of 12 months. Barnaföldi and Szécsényi-Nagy will exhibit together at the Budapest Gallery.

The exhibition’s title and theme are borrowed from the television program by the same title which, beginning in 1957, was broadcast on Hungarian state-run television. The series strove to popularize science by incorporating complicated chemical and physical processes into everyday life. The program’s host was physicist József Öveges, a recipient of the Kossuth Award, who was commonly referred to as “Professor Öveges.” His personality and informal mannerisms ushered viewers into the world of science. The experiments presented in the program were simple to understand and easy to replicate, and they brought within a reach formulas summarizing scientific observations often a bit inaccessible to laymen.

Following the path blazed by Professor Öveges, the scientific-fantastic examinations of Anna Barnaföldi and Loránd Szécsényi-Nagy search for presumed or real answers to questions such as the following: What would happen if scientific formulas were interpreted as works of art? What kinds of images would we see if the basic functions inside a telescope were changed? How does an illustration of a law of physics behave out of context, coupled with an arbitrarily selected passage from the Bible? What sort of image does a full-day exposure record when a photographic technique similar to solar graphics is used? And is the simplest casual speech really sufficient to define physical and chemical concepts which are otherwise difficult to comprehend?

In addition to reflecting on the experiments of Professor Öveges, Anna Barnaföldi’s series of drawings and video works are also linked to the popular lecture-series which was held at the Uránia Academic Theatre in Budapest (1899–1916)

Loránd Szécsényi-Nagy’s multimedia installation and series of analogue photographs map the interconnections of our environment on an astronomical scale. His observations and mappings focus on objects and meditative processes such as the astronomical telescope as a medium, the relative movement of stars or the trajectories gradually created by motion. He has developed a photographic method, similar to solargraphy, for fixing his series of analogue photographs. 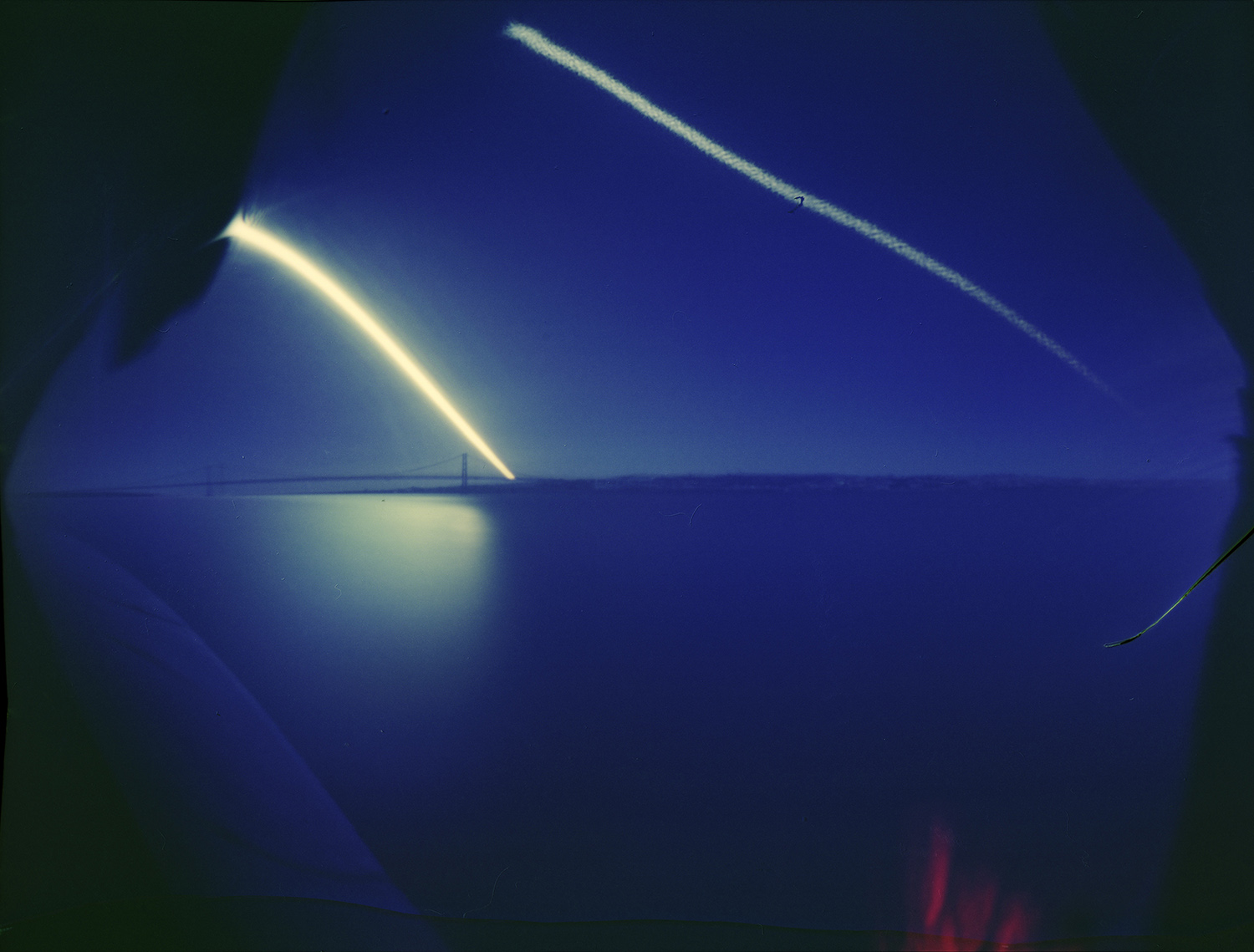 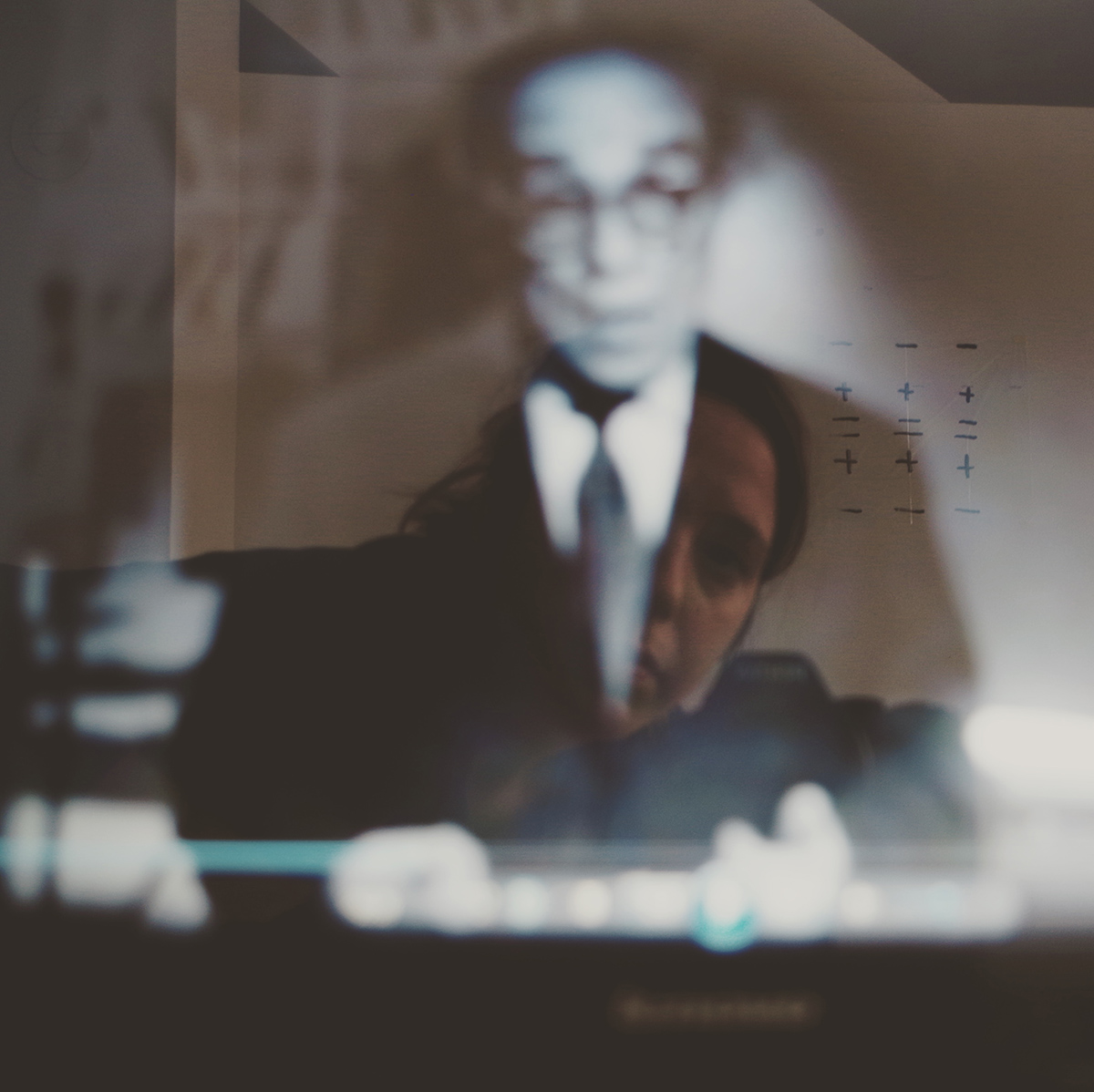