Groups such as GRAV, Nul, ZERO, USCO, and others engaged with creating lumino-kinetic art in Western Europe or in North America were not active only in “Western” regions, but also appeared in the Socialist East, although in entirely different ways. Typically, these groups have not been integrated into the canon written “in the West since the fall”, but they also have not been incorporated into the canon written “in the East since the fall”. Recently, information regarding the Dvizheniye (Movement) Group and the Prometheus research institute (SKB Prometei) in the former Soviet Union has come to light, but the current exhibition on the Department of Industrial Aesthetics of the Hungarian Association for the Protection of Industrial Property of the Association of Technical and Natural Science Organizations operating in the Hungarian People’s Republic between 1975 and 1979 and on Kineteam (which emerged after its dissolution and which had many of the same members) may be the first step in the direction of these artistic products gaining visibility among the wider public.
These Hungarian groups fit well into the familiar and in some respects canonized line of international light art, as their objectives and tools were similar: they created and designed light environments, in which art was formed with colourful moving lights in the exterior or interior of the work. However, the socio-economic situation for these light engineer-artists in the socialist states was radically different than the environments in the capitalist world, though both had social aims, such as the pursuit of active participation by the audience (a commonplace in art by today’s standards) or the goal of appearing in public spaces. The “Western” type was subjected to strong left-wing criticism as being mere spectacle, which was characterized as just another advertising gimmick of the oppressive capitalist market. Meanwhile in the “East”, it was attacked because it was considered too “Western”. In this situation, which in retrospect seems grotesquely comical and which can only be approached from the autocratic narrative of the Cold War, we can identify some characteristics of what were the main differences between “Western” and “Eastern” “engineer-artist groups”. In the Hungarian People’s Republic, where the growth of private capital was not the primary source of social tension, cooperation between engineers and artists could in principle have been a perfect match with the operation of the socialist planned economy. The advertising stigma was meaningless in this context, and the artists could indeed have utilized the transforming power of light kinetics in public spaces as an expression of modern (socialist!) life with the intention of improving environmental aesthetics. In the spirit of the democratization of the creative process, the works were created together, and the artist was an equal partner to the engineer, the latheman, and the locksmith. This socialism, however, was a failed utopia. Democratization was a complete façade, and in part because of their obsession with maintaining ideological homogeneity, the state and its representatives had an inferiority complex which found expression in their attitudes towards artistic-technological innovation. The party soldiers responsible for making decision on such issues rejected lumino-kinetics as a fine art, thus in order for artists engaged with the artistic shaping of light to gain legitimacy, they were forced to take refuge under the umbrella of technical-scientific organizations. That is why the first light kinetic group in Hungary, in the town of Eger, was established under the auspices of the Association of Technical and Natural Science Organizations. Even at the time, their heroic enterprise, which they undertook in a milieu which was conservative in all the bad senses of the term (an environment which offered little more than stubborn resistance), was not completely fruitless. The current exhibition seeks in part to offer a tribute to this endeavour. 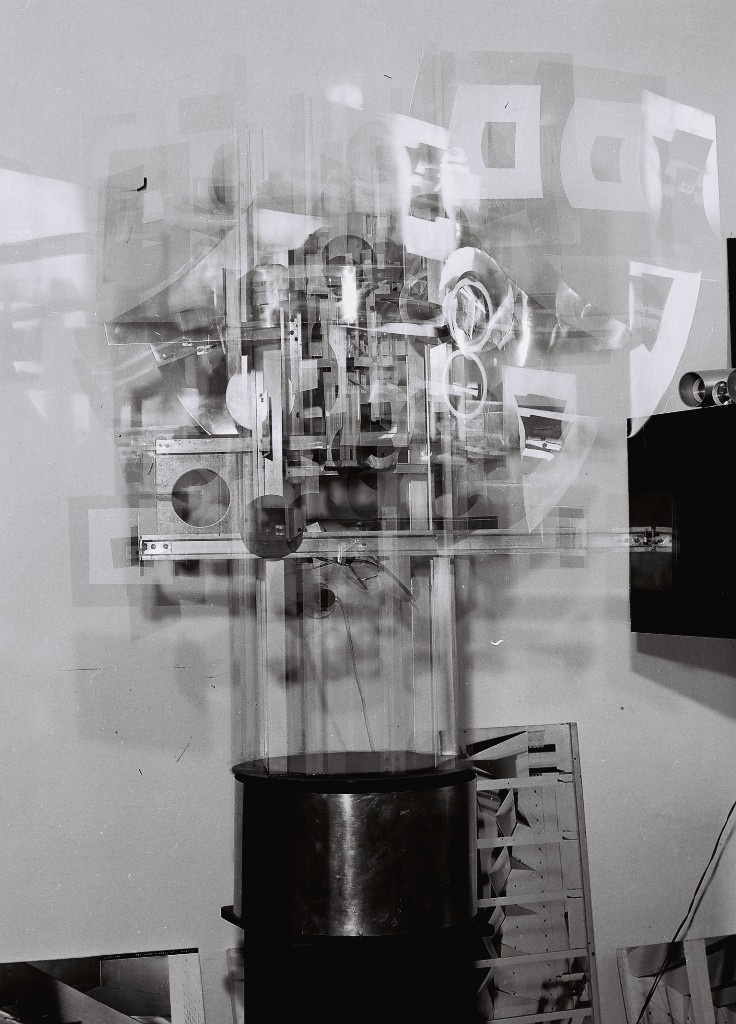